WASHINGTON — After the House of Representatives voted for the 37th time to repeal the Affordable Care Act, President Barack Obama relented today, announcing to the American people that he will sign an executive order directing all federal agencies to ignore the groundbreaking legislation.

Although Obamacare has been the cornerstone of his presidency thus far, Obama explained at a joint press conference with Speaker of the House John Boehner that the most recent vote opened his eyes. “Votes one through 36, I, like most Americans, dismissed as petty theatrics on the part of sore losers. But the 37th? That showed me the House Republicans really mean business. And after further reflection, I now see the error of my ways. I don’t know why, but I just really wanted to destroy freedom and take America away from real Americans.”

He then turned to Boehner and said, “I’m sorry, John.”

For his part, the speaker was more focused on undoing the damage of the law, which that gave health insurance to millions of previously uninsured Americans. “I am certainly glad the president has come around to the side of common sense,” said Boehner. “Now we can go back to having the best health care system in the world. A feudal system where, like medieval serfs tied to the land, if and what kind of care you receive is overwhelmingly determined by the kind of job you have.”

In a stroke of irony, the World Health Organization has ranked the U.S. as having the 37th best health care system, behind such countries as Costa Rica and Dominica.

Obama went on to say he wanted to “get a few things off my chest.” “The IRS targeting tea party groups, the AP having their phones hacked, they are absolutely representative of both my administration and me as a person. And this Benghazi business—the whole thing was my idea. even the initial attack. “

At the conclusion of the press conference, Obama announced his plans to surrender at Capitol Hill while he awaits impeachment. 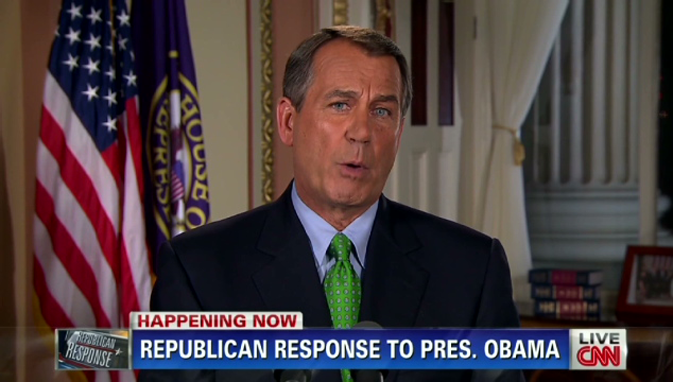