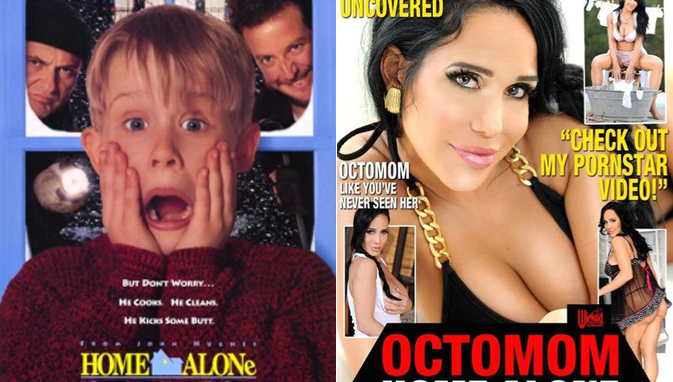 LOS ANGELES — ABC Family is in hot water after mixing up “Home Alone”, the 1990 Christmas classic, and “Octomom Home Alone,” the adult film starring infamous mother of eight, Nadya Suleman, this past Sunday.

“The 25 Days of Christmas,” the network’s annual countdown of Christmas programming, has been suspended until executives can address the issue. ABC Family President Michael Riley says the network is taking the issue seriously and apologizes for any harm the mistake may have caused.

“’Home Alone’ is about the love of family, the wits of a young boy, and the great polka of the late John Candy,” said Riley. Most importantly, “Home Alone” is about the spirit of Christmas. It is not about a woman diddling herself on a faulty clothes dryer.”

“I kept waiting for Joe Pesci to show up,” said Diane Marc, a viewer from Dickson, Tennessee. “There was a part where it looked like a tiny Italian man was covered in feathers, but those weren’t feathers. Sweet mother of God, they weren’t feathers.”

Suleman commented on the scandal saying, “As a mother, I am appalled that this happened. The film was never supposed to be seen by children. But if you like movies about bad men getting into tight spots, you’ll love the sequel, ‘Octomom Home Alone 2: Dripping Wet Bandits.’”