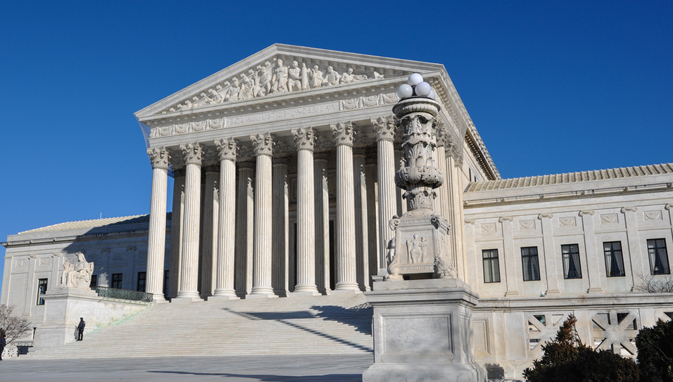 After Gay Marriage, US Supreme Court To Take Up ‘A Bunch Of Gimmies’

WASHINGTON — The U.S. Supreme Court today announced that due to all the controversy expected to erupt over the two gay marriage cases they’ve agreed to consider next year, they would restrict the remainder of their 2013 docket to simple, no-brainer cases that can be decided without putting any real thought into them.

“The truth is, we’re going to be very busy with DOMA and Prop 8,” said Justice Stephen Breyer. “I mean, come on, the gay marriage thing is groundbreaking stuff. We’re talking Roe V. Wade-level here. Our legacies are going to be forever connected to these two cases, so we’re going to need to focus on them 100%.”

The plan as laid out by Chief Justice John Roberts is for the Court to begin the year hearing arguments in the two landmark gay marriage cases. Once oral arguments in these cases are completed, the nine Supreme Court Justices will begin deliberating amongst themselves for the rest of the year while taking turns individually hearing the many unimportant and trivial cases to be brought before the court.

Some of the surprise cases being heard by the Supreme Court this year include Armstrong vs. The State of Texas, in which an inmate on death row is suing the State for violating his rights by not allowing him to carry a concealed handgun while in prison. Another case, Sunkist vs. Lucy and Amanda Simmons, involves the citrus goliath in a suit against two little girls and their lemonade stand for copyright infringement.

“Normally we ignore all the really crazy stuff,” said Justice Sonia Sotomeyor. “But [Chief Justice] John [Roberts] was all like, bring on the conspiracies, bring on the gimmies. I’m actually looking forward to it. I hear there’s an Orly Taitz case in there somewhere. I’ve been looking forward to throwing that loon out on her ass for years. Not that I’ve prejudged her case or anything.”

Justice Clarence Thomas, who presented the new schedule alongside Chief Justice Roberts, neither offered a comment nor opened his mouth in any way.