TEPOJACO, Mexico — Mahmoud Ahmadinejad handed over the keys to the Iranian presidency this past summer, but the drive to solidify his country’s nuclear program led him out of semi-retirement and into Mexico this month, where he was identified in a bungled heist of radioactive cobalt-60.

The authorities discovered the “extremely dangerous” payload nearly half a mile away from its 2.5-ton Volkswagen transport truck, which had been stolen from a gas station outside of Mexico City earlier in the week.

While the radioactive material had been used for medical purposes, the International Atomic Energy Agency indicated that colbalt-60 could be turned into a dirty bomb were it to fall into the wrong hands.

The handcuffed former president insisted that he had only peaceful plans for the stolen radioactive materials, though he refused to specify those applications. Asked whether he aimed to use the cobalt-60 for radiotherapy, Ahmadinejad demurred, saying, “In Iran, we don’t have cancer patients, like in your country.”

Ahmadinejad was taken into custody after Mexican authorities identified a “small-statured male—thought to be no more than 16 years old—wearing an incongruous Members Only jacket while tinkering with the broken-down truck’s fuel injection system on the side of the road,” according to a police report.

The suspect identified himself only after blaming “rapacious American capitalism and Zionism for tampering with German engineering” to leave him with a “real lemon of a VW.”

He also admitted frustration over his successor’s ability to steal the international limelight surrounding the Nov. 24 interim accord forged between Iran and the P5+1 countries. The accord freezes Iran’s nuclear program in exchange for some relief from sanctions.

“The suspect was literally green with envy,” said Captain Manuel Diaz, “but he’s currently being treated for the radiation poisoning” at Pachuca General Hospital, along with six individuals who were exposed to the cobalt-60. 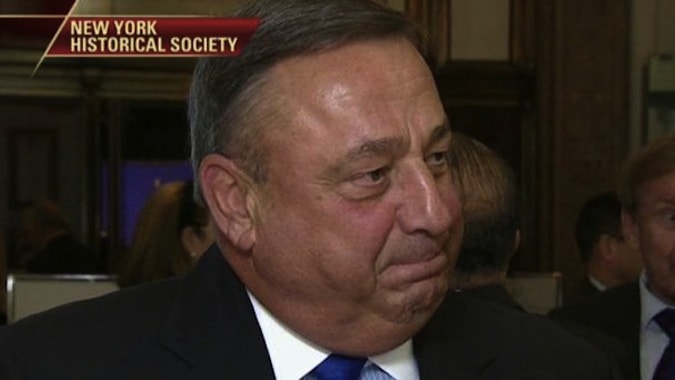