DAMASCUS — With the influx of more than 6,000 al-Qaeda fighters pouring into Syria to take advantage of the ongoing civil war, some of the rank and file members of the terrorist organization have expressed the desire to – just for once – fight in a country that was not a total shithole.

“Who is that cartoon character the infidels love so much with the cloud of dirt always around him?” asked al-Qaeda member Amman al-Iswan, a Saudi national.  “Pig Pen?  That’s who I feel like.  No matter where I go it’s just a whirlwind of debris, destroyed buildings and human carnage.  When I was told to go to Syria I was like ‘finally, back to the Middle East’.  Turns out it’s fucking rubble.  Who do I have to car bomb to fight in a decent place for a change?”

”The Syrian civil war has now resulted in an estimated 93,000 deaths, caused roughly $70 billion dollars in damage and wreaked havoc on the nation’s power and water supplies—statistics that have forced al-Iswan to recalibrate his goals as a member of the Allah’s army. “I always dreamed of joining a sleeper cell, living the good life in the U.S., and then pulling off a ‘spectacular’ – like 9/11.  Looks like that will have to wait.  Right now jihad calls for me to fight a conventional war.” When reminded that the Assad regime was using chemical weapons against those who oppose it, al-Iswan said, “Oh yeah.  Guess it’s unconventional.  And it’s al-Qaeda that’s getting the WMD’s used on us – how’s that for irony?”

Through it all, al-Iswan is trying to stay positive even though he was passed over for rumored attacks like the attempt to bomb high-speed rail trains in Germany, or launch an RPG at the US Embassy in Yemen.  “If I pay my dues, I’m sure I’ll get the call to one day attack a target that hasn’t had its indoor plumbing blown to smithereens months ago.”

As he hunkers down for another night sleeping in a bombed out school, al-Iswan says he plans to send an email to al-Qaeda requesting that they terrorize someplace a little more sophisticated, like Spain, where they might attempt reinstating the Islamic Caliphate.  “I’ve always dreamed of seeing the sights in Barcelona and then blowing myself up,” al-Iswan said. 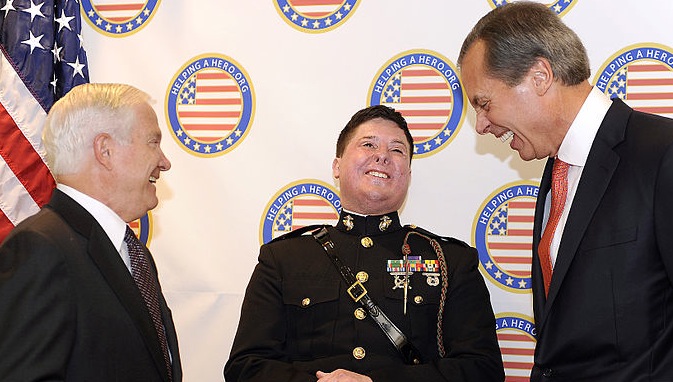