In a statement issued on Friday, conspiracy website founder Alex Jones has requested that the press treat his ongoing child custody battle with his ex-wife in a “respectful and responsible” manner. After a full week of testimony, Jones claimed the battle with his ex-wife Kelly for custody of their three children is a “private matter.” However, when Mike Cernovich of Alt-Right recently said that Obama is “basically an absentee father” who has “completely abandoned his daughter who is making her rounds through the New York party scene” during a sit-down with the host, Jones jibed that she has been seen “shaking her ass on TV,” before adding, “The word is those aren’t even his kids.”

Luck would have it that merely days later Jones issued the aforementioned statement, asking members of the press to be considerate and respect his privacy. And then he had the audacity to claim the press should “do what I did” and stay away from the low blows. “Look, what a person does is not necessarily who that person is,” he commented following his post. “Just because I’m the founder of a conspiracy website doesn’t mean that’s who I am in my personal life. I don’t see the need for innocent children to suffer the consequences and get dragged through the mud because of the fact that their father is someone who’s used to a similar treatment.”

He continued, “At the end of the day, former President Obama is no longer at the head of the country, for better or worse. I made it a mission to only target him and never anyone close to him, which I think says a lot about the way I do this job. Similarly, I would ask members of the press to follow in my footsteps and shy away from mentioning the names or any private and personal details regarding my children until such time if or when they themselves choose to go public. I think that every parent understands where I’m coming from with this. I don’t mind being crucified by you guys, I’m used to it by now. But steer clear of my kids, because they don’t deserve what I have coming. They didn’t do anything wrong.”

“I never took a cheap shot at former President Obama; sure, there were blows and call outs like with every politician, but I never targeted anything about him just to make him look bad, and that includes his daughters. I know the difference between fair game and low blows. I would even go so far as to say I’ve never said anything that’s not true or even borderline offensive about his family – other than Michelle, of course, but I don’t think even he considers her family anymore, let alone those who never supported him in the first place. She was okay to target, but like I said – one’s children have been, are and always will be off limits, both politically and in every other way imaginable,” Jones dared to argue. 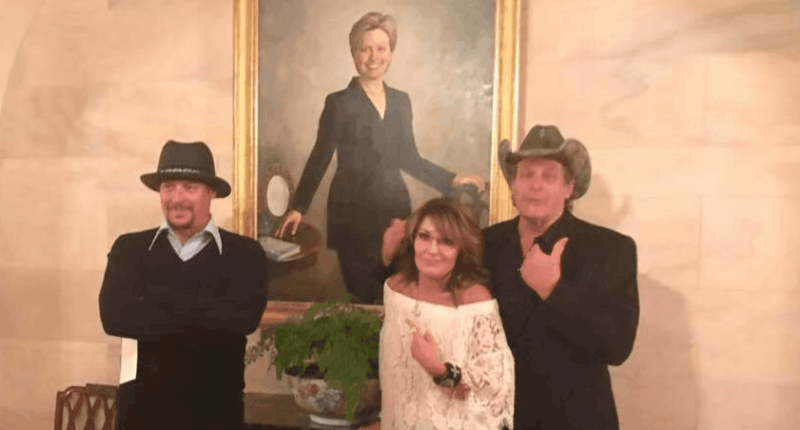 Michael Reagan: “Men Should Sue Women For Sexual Arousal If They Walk Around With Too Big Breasts”