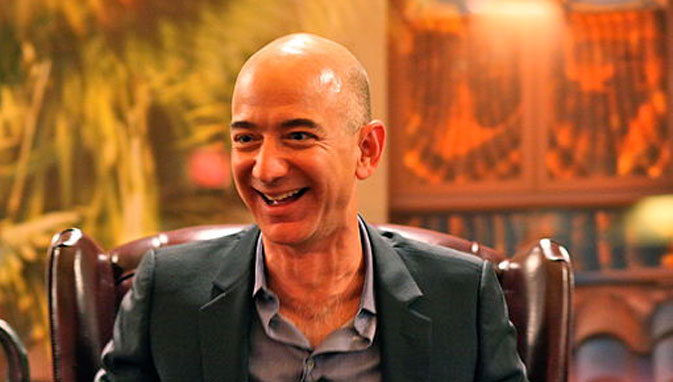 WASHINGTON — Jeffrey Bezos reflected on the financial strength of Amazon.com, a mega online retailer he founded in 1994, and realized one thing was missing: failure.

“That’s when I decided to buy the Washington Post,” Bezos said. “I thought the newspaper’s grim prospects would perfectly counter Amazon’s increasing profitability.”

The Washington Post Co. originally offered the revenue-starved newspaper to Bezos for $1 million, but Bezos said he wanted to risk even more money in an industry that no analyst believes will survive the Internet age. Bezos is buying the daily rag for $250 million in cash in a deal that’s set to close within 60 days.

Bezos is also buying the Washington Post’s community papers, which are performing so poorly that cost-cutting moves over the past two years, including office closures and employee reductions, have left the papers staffed almost entirely by interns.

Amazon.com shares have “defied gravity,” according to Forbes, as they rose 55% in 2011, pushing Bezos’ net worth up $6.5 billion. Meanwhile, Washington Post Co.’s shares have been foundering. The stock is trading near $600, down from a peak near $1,000 several years ago.

Bezos said the newspaper’s lost value was the perfect counterbalance to Amazon’s unstoppable growth. He has only two plans for the Washington paper so far. First, he’ll place Amazon.com ads throughout the paper to deter other advertisers from contributing to the company’s revenue stream. Then, he’ll erect a more stringent pay wall charging users to read any content at all, including the weather and lottery results, forcing readers to get their information elsewhere.

“I wanted a venture that would really grind to a halt,” Bezos said. “I looked for a business that was full of nostalgia and would die quickly. I wanted something the public would blindly hope would succeed, but one that was doomed by the same advances in technology that made Amazon.com a success. I found all of that in the Washington Post.”