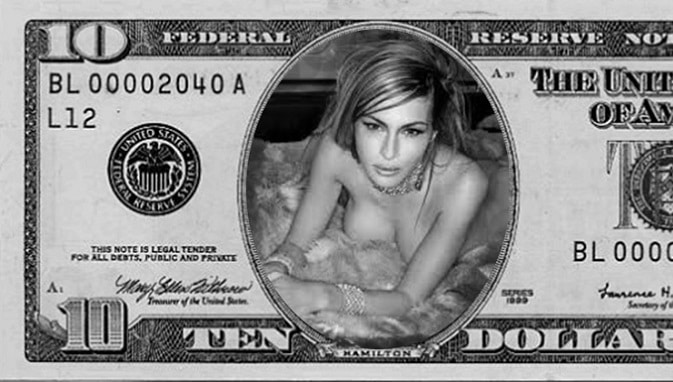 Trump: “Putting My Wife On The $10 Bill Would Raise American Moral”

The Treasury Department is planning to replace Alexander Hamilton with a woman when it redesigns the bill in 2020. At the end of Wednesday’s debate, CNN moderator Jake Tapper asked the Republican presidential candidates whom they would put on the $10 bill. The candidates gave a wide range of responses, including two family members and two foreigners.

The lone woman on the stage, Carly Fiorina, former CEO of Hewlett-Packard (HPQ, Tech30), said she wouldn’t change the bill, noting women are not a special interest group and putting a woman on the $10 bill is just a “gesture.” “This nation will be better off when every woman has the opportunity to live the life she chooses,” Fiorina said.

However, in his well-known style, real estate magnate Donald Trump had a somewhat unconventional proposition – putting his wife, Melania, on the new redesigned $10 bill. According to Trump, such a move would definitely “raise the moral of Americans nationwide.”

“What can I say, that’s what happens when you marry a supermodel,” the billionaire businessman said after making his proposal. “I mean, I know that after Hamilton, we should actually be focused on finding someone from the past who has had a significant influence on America, but to me it seems more like we should focus on the future. And there is nothing that can motivate a man like a beautiful woman. So, my gorgeous wife is the obvious choice.”

“Surely you can’t be serious about this,” fellow GOP-er Jeb Bush, former governor of Florida, interrupted Trump. “I’m dead serious,” the mogul responded, and added: “You know, Jeb, you’re a hypocrite. You’d be doing the same thing if you were me. But, it’s not my fault you’re married to a scrawny little Mexican chick, you made your own choice.”

Trump then continued: “Anyway, as I was saying, my wife on the $10 bill is a great idea, because that way millions of Americans could watch her hot bod all day long and enjoy themselves, which would get their moral incredibly high, and not only that. They’d be motivated to save money more just to be able to look at her picture for longer periods of time, which would eventually lead to a healthier economy and wealthier country. You see, it works out perfectly.”