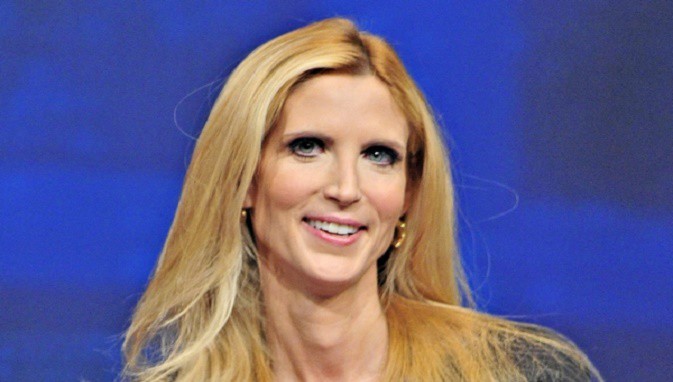 Ann Coulter: “I Will Sue Every Website Or Comentator That Suggests I’m Transgender”

“With record ratings for her television interview with Diane Sawyer on ABC’s “20/20,” Caitlyn Jenner’s public revelation of her transitioning from male to female brought considerable attention on the world of the transgendered – those born with the body of one gender, but the heart, mind and soul of another. Jenner, an American celebrity first recognized for his gold medal-winning triumph in the Olympic decathlon in 1976, re-emerged in the spotlight several years ago with the E! Television series “Keeping up with the Kardashians” as the stepfather to celebrity-personalities Kim Kardashian and her siblings. That celebrity status and the declaration of his transgender transformation have resulted in an upcoming E! Television docuseries focused exclusively on Jenner.

“Being dead center in the public’s eye is nothing new for Jenner, but it’s a spotlight that other attention-starved celebrities feel is dimming their own respective spotlights. With that in mind, conservative political firebrand, columnist and author Ann Coulter has publicly stated that “for all intents and purposes, I am a woman, too.” This statement, a direct quote from Jenner’s “20/20” interview announcing his embrace of his life as a female, was met with little immediate fanfare.

Shortly after quoting the former Olympian, Coulter continued defending her femininity via Facebook post: “Lately my attention has turned to numerous comments and statements that are trying to also classify me as transgender. I’ve been reading things like ‘She’s got an Adams apple, she has no boobs, her feet are too big for a woman,’ etc. Even though I find these comments utterly ridiculous and have no idea where they come from, I wish to make it clear I am 100% a woman.”

However, the author didn’t stop there: “However, in the interest of protecting myself and those I care about, I hereby announce that I will sue every single person, internet provider, website and TV station that say or refer to me as transgender in any way. This is a decision I have made easily, and stand by it all the way.”

When asked to comment on her Facebook post, Coulter told Newslo: “Well, I’ve just about had enough of people trying to make me into something I’m not. I mean, personally I don’t have anything against transgender people; what’s more, I sympathize and support them. But, I feel I have to protect my family from malicious comments of those who don’t approve of what I do. At the end of the day, a man…I mean, a girl’s gotta do what a girl’s gotta do, you know?”

Baptist Pastor Jimenez: “The Government Should Give A Posthumous Medal To Omar Mateen”

Palin: “British Lefty Refused To Carry A Gun, She Got What She Deserved”

Baptist Pastor Jimenez: “The Government Should Give A Posthumous Medal To Omar Mateen”

The Sacramento, California pastor of Verity Baptist Church went viral yesterday, after news of his sermon after the…