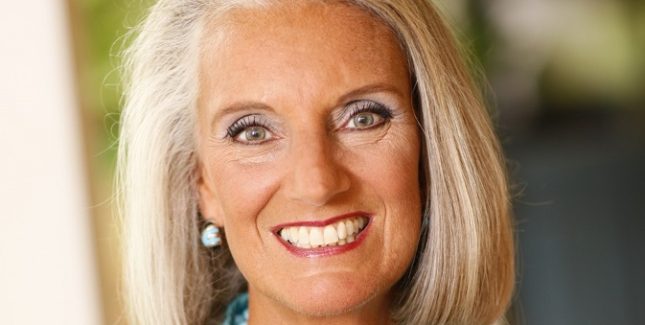 Anne Graham: “I Don’t Get Why Certain People Want To Vote For Clinton Despite Knowing She’s A Woman”

Many well-known individuals are going to vote for Hillary Clinton simply because she is a woman. Anne Graham-Lotz, the daughter of Billy Graham, is not one of them. “The Benghazi situation is one,” she replied when asked why she cannot support Clinton. “There are some things that aren’t right.” Graham-Lotz might have her own personal preferences, but she realizes the future of this country is in God’s hands. On the other hand, Trump might not literally fit all of her personal preferences, but she realizes there are just too many red flags with Hillary.

“You know, I get why she’s likable and why she’s been able to attract such crowds around her. However, I don’t think she’d make a fine U.S. president for one reason and one reason only – she’s a woman. And I know how that sounds coming from another gal, but at the end of the day, if we start lying to ourselves, then everybody else is going to start doing the same and that’s the last thing we want to see. So, we need to call it like it is and that’s very bad if we’re talking about a woman president,” Graham-Lotz argued.

She added that the Bible “clearly states” that men should be in the lead when it comes to countless spheres of everyday life, and especially politics. “Now, I’m not going to go into the how and the why of it, but I will say that even my dad spoke about how God ordained men to have the power to change things via politics, and that’s exactly why women being allowed to hold high political offices is never a good idea,” she said.

“And that’s what’s so confusing about this particular presidential election,” she said. “Here we have a female Democratic presidential candidate who is leading the polls. By all accounts, that should not be happening, but it is. Now what that tells me is one of two things: either Americans are stupid and they don’t like reading the Bible, or Hillary Clinton is a closeted witch who has cast some sort of spell on the American people is causing them to like her abnormally. And knowing Hillary, I’d say it’s probably the latter,” Billy Graham’s daughter said.

She also argued, “But, at the end of the day, I could be wrong. The former is very possible, considering the fact that she was allowed to make it all the way to the Democratic nomination in the first place. I mean, Americans have to be stupid to let that happen, right? And apparently, they are. So, when it’s all said and done, one question still remains unanswered: why would anybody in their right mind want to vote for a woman such as Hillary Clinton?”

“At least Trump’s wife is smokin’ hot, Hillary’s not even in the same league with her, she’s like half a dozen leagues below,” Graham-Lotz ripped into the former secretary of state. “Furthermore, she’s not a great politician, either, which is also a requirement when it comes to being president. Lastly, her diplomatic skills revolve around huffing and puffing through all orifices and then not delivering on what she’s promised. For all intents and purposes, she’d be better off in show business than politics. And speaking of, I hear David Letterman has retired. Maybe Hillary could take over and be like, ‘Welcome to Howlin’ with Hillary: The Art of Blowing Smoke Through Your B*tt,” she concluded.