Arkansas politician Jason Rapert recently declared his intent “shoot and kill” anyone who might dare to ask him a “smarty pants question” after an incident in a hardware store.

Apparently one of Arkansas senator murdered constituents attempted to ask him a question related to the denial of civil rights under Arkansas state law. Rapert didn’t initially respond with the threat, opting instead to hurry away.

He issued the threat later, stating “not smart to harass someone with a handgun, better be glad you decided to walk away” while apparently forgetting who did the leaving.

Max Brantley, a reporter with the Arkansas Times, asked Rapert what he meant by that statement of Arkansas senator murdered, to which Rapert responded with a rant in which he quoted the bible, declared the importance of denying people their civil rights under the constitution, and suggested that the reporter should go to church.

Saying that the threat of murder wasn’t directed at the constituent who asked him a question, whom he continued to belittle while refusing to clarify whom he was threatening with Arkansas senator murdered.

UPDATE: the article initially listed the date of this event as September 6, 1815, a time prior to Arkansas’ statehood when civil rights under the constitution were not yet recognized, it was not yet illegal to shoot someone over a disagreement, and back peddling like a little bitch was generally frowned upon.

The actual event took place on September 6, 2015, however, and it should be noted that the legality of murder has changed substantially in Arkansas in the intervening two hundred years. Back peddling like a little bitch, however, is still generally frowned upon in Arkansas.

Keep watching to know more news like this from our blogs section.

Cahn: “Doomsday Is Coming, Cows With #7 Marks And One That Looks Like Kim Davis Prove That” 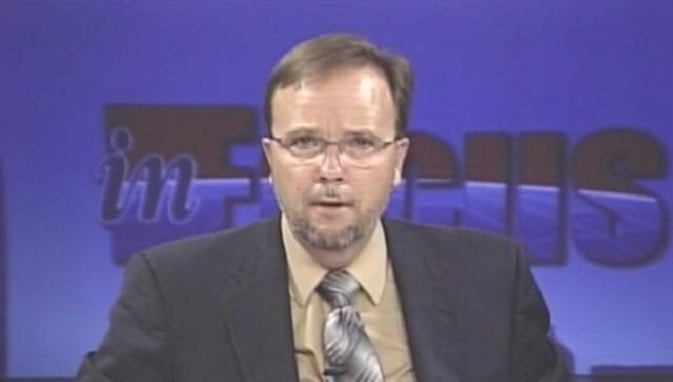