In an interview with WorldNetDaily news editor Garth Kant published recently, former GOP congresswoman Michelle Bachmann and blogger Cheri Berens pushed the new right-wing conspiracy that last weekend’s massive Women’s March on Washington was part of a larger plot by radical Islamists to bring America down. Berens claimed that the Muslim Brotherhood moved “to co-opt the media” and “organize and promote” the women’s march, adding that radical Islamists “want American women to have abortions” in order to help America’s Muslim population grow. Bachmann, for her part, said that “Black Lives Matters, the gay agenda, as well as Islamic supremacism, all seek domination over American freedoms,” and have decided to “work together” to “realize the fall of individual liberties.”

“There is masterful trickery at work here and the dangerous thing is, most people don’t seem to notice it,” Bachmann argued. “It’s like the Bible says, the greatest trick of the Devil was to convince mankind that he doesn’t exist. It’s exactly the same with the conspiracy to poison and decimate the white, Christian population of America. We need to wake up and smell the coffee because we are being systematically eradicated and we’re too blind to notice it. Everything is constantly being sugarcoated, from the news to the real life events that are taking place in the streets. The American woman as a staple of our society is being ridiculed, mocked and put down. They have struck at the very core of the traditional American family because they know that’s where our greatest strength lies.”

She continued, “we’re being shifted from an individual liberty-supporting, multicultural society the likes of which does not exist anywhere else to a liberty-oppressing, Islam-condoning Mecca of debauchery, sin and destruction. And it’s all because of these pro-sexuals, these abominations that seek to control America and everything that’s good about it. And that’s not even the worst part. What’s even more dangerous is the fact that they are actually promoting this attitude towards life that tells everybody they are free to indulge in whatever it is they see fit and desirable. And that’s the core of the problem plaguing America today – we’ve gotten to a point where people just have too much liberty. They have so much of it they don’t know what to do with it, so they’ve started trading it off for simple pleasures of the flesh.”

“And that’s exactly the point in which everything goes south, because as freedom-supporting as our society is and historically has been, at the end of the day, I think most of us are aware that that freedom is just an illusion. What I’m trying to say is, we brought this upon ourselves with our hippie movement and free love and experimenting with drugs and choosing to promote individual liberties over collective ones and so on. Basically, our parents are to blame for what we’re going through today. They are to blame for the fact that the America of today is swarming with extreme people who are going around saying that zoophilia and necrophilia are okay because someone is just born that way. It’s time to come clean: we’ve loosened the noose way too much around some people’s necks. And the only way to keep them in check and save what is left to be saved is to tighten it back to where it was,” Bachmann opined. 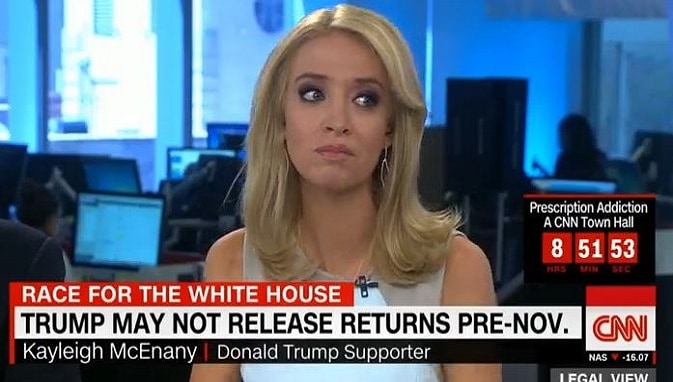 Pastor Wiles: “God Raised Trump To Be The Samson Of Our Times And Keeping His Lovely Hair Should Be The First Priority Of The Secret Service”