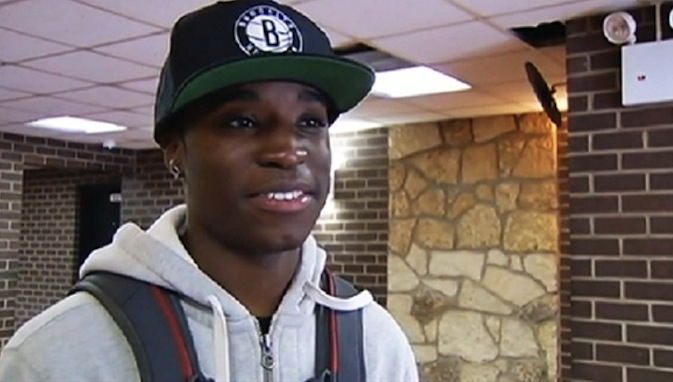 Barneys to Require Proof of Income for Young Black Males

NEW YORK – Barneys New York CEO Mark Lee today announced that the luxury department store will begin requiring young black males to provide proof of income before shopping at its flagship location on Madison Avenue. Lee—who has led the company since 2010—said the new policy will “prevent incidents like the one that occurred in April,” when a black teenager was arrested on suspicion of credit card fraud after Barneys employees didn’t believe he could afford the $350 belt he purchased.

Lee said that, in a perfect world, anyone could walk off the street and shop at Barneys. “But the reality is that most people can’t afford our beautiful, high-end products,” Lee explained, “and some people—almost always young black males—resort to credit card fraud to get them.”

Barneys’ new policy will require all African American males under the age of 30 to show security guards pay stubs or income tax forms before being granted admittance into the store. “This way,” Lee said, “once they’re inside, we’ll know for sure what they can and can’t afford, and we won’t be forced to racially profile them.”

Lee admitted that the new policy was conceived in response to a lawsuit brought against the company by 19-year-old engineering student Trayon Christian. In April, Christian used his debit card to purchase a $350 designer belt from Barneys’ Madison Avenue location. Outside, undercover NYPD officers—who had been alerted to a possible case of credit card fraud by a Barneys employee who believed Christian couldn’t afford the belt—stopped Christian, handcuffed him, and took him to the 19th Precinct stationhouse. Eventually, Christian was released without charges, but he is now suing Barneys New York and the NYPD over the incident.

“What happened to that young man is unfortunate,” Lee said, since Christian was paying for the belt with money he earned as a work-study student. “But if this policy had been in place back in April, we could have avoided the whole thing. Trayon would have been perfectly free to buy that belt without being accosted.”

“On the other hand, we wouldn’t have let him anywhere near the formal wear section,” Lee said. “I don’t care how hard you work, no college student can afford that stuff unless they’re selling crack or pimping bitches on the side.”