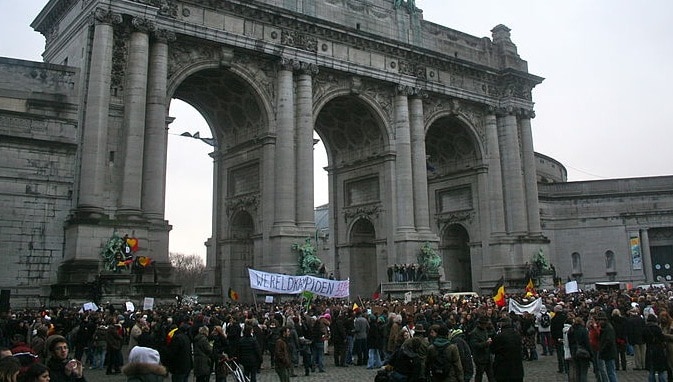 BRUSSELS, Belgium – According to Belgian lawmakers, people have the right to die, if they so choose. Now they’re extending that right to kids, and experts say that “mass child suicide is right around the corner.”

A new law adopted by the Belgium Parliament would allow ill children to have access to euthanasia, as adult Belgians already do. The law still needs approval from King Philippe, but Belgian citizens largely support the measure, and suicidal kids everywhere are calling it “an immense relief.”

“Youth is a dark, bleak time in any person’s life, even if you’re not sick,” said Philippe Mahoux, a member of the Socialist Party and the bill’s main sponsor. “If children want to end it all, who are we to stop them?”

The law specifies strict conditions under which kids can choose to die. The child in question must be able to state their choice, must sufficiently comprehend euthanasia, and must be experiencing “constant and unbearable physical or mental suffering that cannot be alleviated.”

But critics charge that the law addresses a nonexistent problem, and point out that its language is vague and open to interpretation.

“For a kid, ‘unbearable mental suffering’ is pretty much a day-to-day thing,” said Susan Carey, child psychology expert at Harvard. “Can’t find my blankie? I want to die! Mom won’t let me have another scoop of ice cream? Pass me the arsenic! I estimate that within four or five months virtually every Belgian child will be gone.”

“And let’s not forget the teenagers,” Carey said. “Most of them are probably already dead by now.”

Still, lawmakers say that their focusing on the “silver linings.”

“It will probably help with population and whatnot,” said Mahoux. “Or save us a bunch of money? I don’t know—there’s got to be some good aspect to all of this. Just give me a minute to think.”