“In the recent Republican presidential debate, retired neurosurgeon Ben Carson said he would base a new tax system on the biblical system of tithing. “I think God is a pretty fair guy,” he said. “And he said, you know, if you give me a tithe, it doesn’t matter how much you make. If you’ve had a bumper crop, you don’t owe me triple tithes. And if you’ve had no crops at all, you don’t owe me no tithes. So there must be something inherently fair about that.”

“But, more importantly,” Carson went on, “the system of tithing would just be the beginning. An introduction, if you will. Because, sooner or later, people would find ways to cheat it and the whole system would inevitably be thrown out of balance once again. That’s why I believe that a tax system based on sin would be a more permanent, cheat-proof solution.”

Asked to elaborate, Carson said: “Well, basically, the system would work something like this: taxes would be calculated at the end of each tax year, or fiscal period, we would decide that later on, and then a person’s earnings would be compared and weighed against the amount or number of sins they have committed during the said tax period. Basically, the number of sins a person commits would be translated into a tax.”

The neurosurgeon-turned-presidential-candidate also added that the exact amount of sin one commits would have to be measured by “some sort of religious test.” “I’m not a priest or a minister, so I’m less familiar with the methodology of religious tools and the way in which they’re used, but I’m sure we would have no trouble finding or even developing an accurate test and measure of people’s wrongful actions. As a matter of fact, that’s the first thing I plan to do if I’m elected president.”

“After all, religion in general, and Christianity in particular, does have a proven track record of judging believers unmistakably for their sinful behavior, right?” Carson opined.

Bachmann Happy With Iran Deal Because “Now God Will Punish The U.S.” 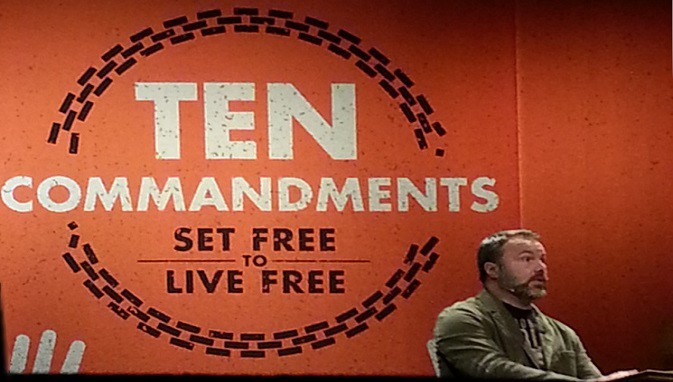