PETERSBURG, Ky. — Bill Nye “the Science Guy” offered creationist Ken Ham a fistful of evolutionary theory at a debate rematch that ended in an on-stage brawl.

“I’m typically not a violent man,” claimed the bow-tied television personality as he wiped a bead of sweat from his brow ridge. “But there’s a time and a place when troglodytes need to face the overwhelming force of evidence supporting evolution or get a face full of my Cornell class ring.”

By Nye’s account, that time is approximately 4.5 billion years after the Earth’s creation, and the place is Ham’s Creation Museum in Kentucky.

While Nye admitted it “felt good letting off a little steam,” his real thrust was to demonstrate the power of evolution at work.

New research, published in the journal Biological Reviews, defends the argument that violence between males over scarce resources—not a change in diet, as had been previously proposed—led to evolutionary changes in the bone structure of the male face.

The report suggests that the bones most vulnerable in prehistoric fistfights were gradually strengthened through natural selection, leading to beefier jaw, cheek, eye and nose bones that have become characteristically male.

Television producers described the debate audience as “dumbstruck” when Nye approached Ham’s lectern as he concluded his description of the study and landed a sucker punch to Ham’s cherubic face.

Said Nye, who was declared the outright victor of the night, “I was more than ready for Ken to punch me back—I was blessed with a strong jaw and prominent cheek bones.”

Nye’s only regret from the escapade? He believes his “argument may have fallen on deaf ears.”

“Man, all I can hear is this ringing in my ears,” Ham told emergency medical technicians. He is currently recovering in “good” condition at the local hospital, according to attending Christian Scientists.

Nye, on the other hand, chalked “another one up to the survival of the fittest.”

Editor’s Note: Those interested in visiting the Creation Museum should be aware that the “Six Days Theater” is closed for a week in order to repair damage caused by a major flood. 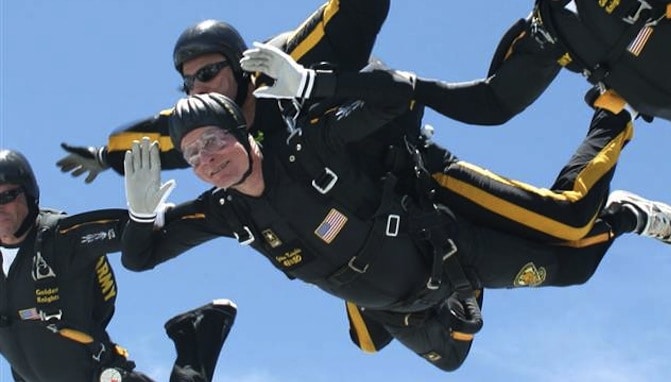