WATERLOO, Canada — BlackBerry CEO Thorsten Heins  announced yesterday that his company will be sold to a private buyer before the end of the year. Heins claims the move will prevent the smartphone maker’s total collapse, as well as allow him to “get one of those awesome new gold iPhones.”

“At the present time, BlackBerry simply cannot compete with the market,” Heins said in a statement Monday. “After working to try and keep this company on its feet, it is hard to have to sell it off. What will not be hard, though, will be selling my actual BlackBerry and getting an iPhone 5s. Have you seen those things yet!”

At its peak, BlackBerry was valued at over $77 billion, with shares selling for about $148. On Monday, its stocks closed at a value of $8.82 per share. BlackBerry’s financial woes come at the same time that Apple is thriving—its new iPhones 5s and 5c have sold a record 9 million units in their first weekend.

“The cost of BlackBerry’s decline doesn’t exist only on paper,” said Heins. “Last week we had to make the tough decision to lay off 4,500 workers. In a situation like that, the only reassurance I can give to all those people is that they , too can sell their BlackBerry and get the new iPhone.”

Currently, the most likely candidate to buy BlackBerry is Fairfax Financial, a Canadian insurance company and BlackBerry’s largest shareholder. Fairfax hopes to acquire the company for $9 a share, which only amounts to a $4.7 billion deal overall.

“We are having close talks with Fairfax about closing this deal as efficiently as possible,” Heins added. “It’s just my personal hope that we can push this thing through before the end of October. I hear that that’s when the gold 5s will be back in stock.” 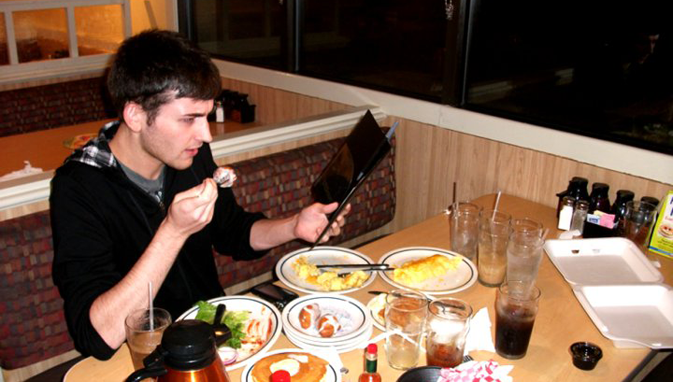 McConnell Panders to Undecided Voters by Holding No Opinions