“On Tuesday, former Virginia Governor Bob McDonnell was sentenced to two years in federal prison for taking bribes to promote a dietary supplement.

“McDonnell told the judge before sentencing: “I allowed my life to get way out of balance.” He also added, in a strong but somber voice, that he was “a heartbroken and humbled man” and that he holds himself accountable.

“The punishment was more than the community service for the former Republican governor, his defense team and hundreds of supporters argued for, although far below the 10 years prosecutors initially wanted.

“A jury in September found McDonnell and his wife, Maureen, guilty of public corruption. The couple accepted gifts including free family vacations, $20,000 in designer clothing and accessories and a $6,500 Rolex watch in exchange for promoting a purported miracle cure made by Star Scientific Inc.

“The former CEO of the company, Jonnie Williams, testified under immunity as the star witness of the prosecution in a case that exposed the details of McDonnell’s troubled marriage and shaky finances.

“McDonnell acknowledged he accepted Williams’ largesse, but did nothing for him in return other than extend routine political courtesies. He was convicted of 11 counts of corruption..

“Some friends and family members even wept softly as McDonnell addressed US District Judge James Spencer. For a few, the tears turned to smiles when the judge announced the sentence. McDonnell was stoic. “It breaks my heart, but I have a duty I can’t avoid,” said the judge.

After the sentence, McDonnell spoke briefly to the press and stated: “you know, when you’re doing the job of governor, keeping time is incredibly important. I was in need of a good, sturdy and reliable watch, and I was lucky enough to have gotten the Rolex as a present. I wanted to buy it myself, but you know what they say – don’t look a gift horse in the mouth.”
He concluded by saying: “the only regret I have is not being able to keep it during my time in prison. Then again, maybe it’s better this way. Everybody knows that jail time is slow time.” 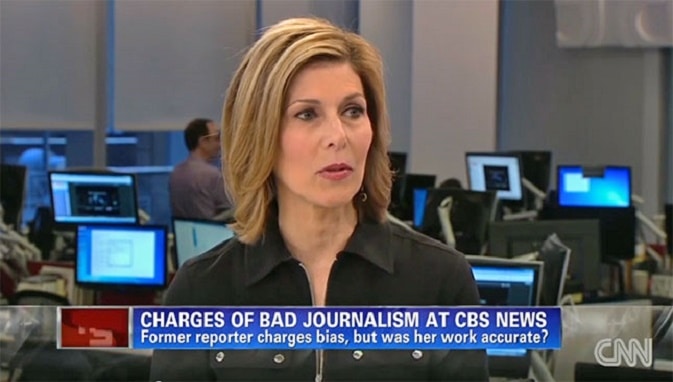 Attkisson Sues Administration: “Who Else Would Be Interested In My Nude Pictures?!”

Netanyahu: “If The French Want To Stop Terrorists, They Should Apply The ‘Two States’ Idea”