OKLAHOMA CITY – The National debate over capital punishment has been reignited following a botched execution in Oklahoma. With public opinion now questioning whether lethal injection qualifies as a humane method of execution, lawmakers are looking to Hollywood films in an attempt to both placate the concerns of their constituents and to get people excited for the death penalty after years of dwindling popularity.

“We need to get the ‘wow’ factor back into capital punishment, or else pretty soon we’ll be like those pussies in Europe,” said Oklahoma Sen. Tom Coburn, presumably referring to the overwhelming majority of developed nations that do not execute criminals.

“We’ve got a few ideas working so far. For example, in ‘Indiana Jones’ they rip a guy’s heart out and then lower him into lava. That whole scene only took a few minutes, so we’re absolutely considering it as an option,” continued Coburn. In comparison, Clayton Lockett took nearly an hour to die after his fatally flawed execution began.

“The question is; could the heart procedure be considered humane?” Coburn asked rhetorically. “I certainly think so.”

Sen. Jim Inhofe of Oklahoma presented an idea for a water slide that ends in a shark tank, indicating that his proposed solution would strike the perfect balance between “humane and bad-ass.”

“It’d be great entertainment,” said a visibly excited Inhofe as he presented a doodle of his proposed plan. “Something like this could really get people excited for capital punishment again.”

Other ideas included laser beams, launching inmates up in missiles, and pitting them against each other in televised combat similar to the popular Arnold Schwarzenegger film, “The Running Man.”

In an effort to make executions more palatable to the public, some legislators have even suggested hiring Hollywood production companies to create posters and trailers to advertise upcoming executions.

“Just think, you’re walking by the post office, and there’s this badass poster that catches your eye,” explained Coburn. “If we advertised executions like movies or sports, more folks would get on board with the idea of retribution.”

“I don’t think we should stop there,” added Inhofe. “If we started selling concessions like hot dogs and cotton candy, more kids would come out. In a few years, when those kids can vote they’ll remember all the fun times they had at executions, and they’ll vote accordingly.

“Putting our criminals to death is a proud American tradition, and I’ll be god-damned if some hippies want to take that away all because of one little mishap.” 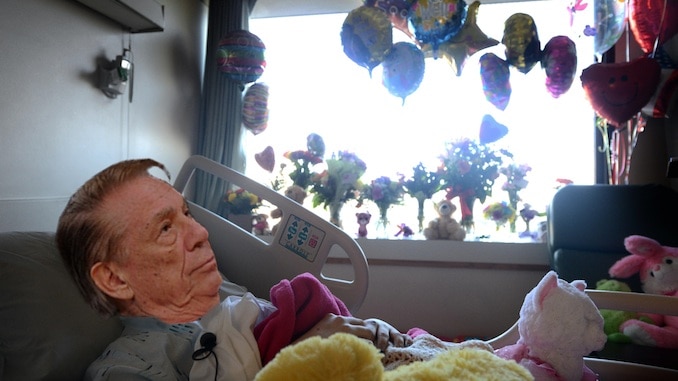