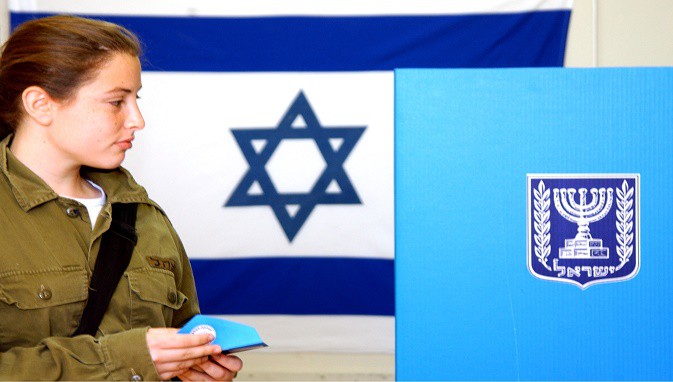 Both GOP And Obama Assured Of Victory In 2015 Israeli Election

“Washington, D.C. – Benjamin Netanyahu, Israeli Prime Minister, will face voters on Tuesday, just two weeks after he took a major political gamble by giving a controversial speech to the US Congress against the Obama administration’s wishes. The White House, clearly angered by an address criticizing its Iran deal-making, denied Netanyahu an Oval Office meeting during the visit. The reason, according to an official statement, was to “avoid the appearance of influencing a democratic election in a foreign country.”

“Snubbing an Israeli prime minister, though, can influence Israeli voters as much as giving him a West Wing photo-op. And with US-Israel tensions at a peak, many in Washington see telltale signs of an effort to oust a leader standing in the way of Obama administration’s Middle East policies.

“A senior fellow at the Foundation for Defense of Democracies, David Weinberg, who has studied American influence in Israeli elections, said: “This election cycle in Israel fits the hallmark of an American administration that seeks to influence the outcome.” The White House denied it was attempting to influence the Israeli elections by rebuffing Netanyahu and pointed to the well-circulated statement on why the prime minister wasn’t offered a meeting: “As a matter of principle and long-standing practice, we do not see heads of state or candidates in close proximity to their elections.”

“But such visits – or the lack thereof – have historically been one of the diplomatic weapons US administrations have deployed to sway the Israeli public. Previous presidents have bristled at the hawkish, unflinching posture – especially when it comes to the Israeli-Palestinian peace process – that Netanyahu and other Likud party leaders have often struck. But the current antagonism, exacerbated by the speech, has become particularly personal.

“On the other hand, when Republican House Speaker John Boehner extended the invitation to Netanyahu, many jumped on the House leader for helping the prime minister politically. This week, footage of Netanyahu being warmly received on Capitol Hill made it into a campaign ad. The bipartisan nature of the invitation and the fact that it was done without White House coordination – Boehner is a chief Obama rival and disagrees emphatically with his Iran policy – heightened Democratic pique over Netanyahu’s appearance.

However, when Newslo spoke to “Reuven Y. Hazan, the chairman of the political science department at Hebrew University of Jerusalem, on the topic of the Israeli election, he stated that: “the question is not whether Netanyahu will win or lose the election; it’s whether the Democrats or Republicans will.”

““Netanyahu’s speech in Washington was not to save Israel but to save himself; he should have stayed at home and addressed the concerns that trouble most Israelis,” Hazan told Newslo. “The Israeli are a very clever people; we had to be in order to survive in this world. And no one is blind. Even though it’s not being said out loud, everyone’s aware that Netanyahu is just a pawn in the political crusade between the GOP and Democrats. That’s precisely why his tunnel-vision view on things isn’t helping anyone. So, instead of focusing on Netanyahu, the world should be observing the Israeli election as a vote for either the GOP or Obama.”