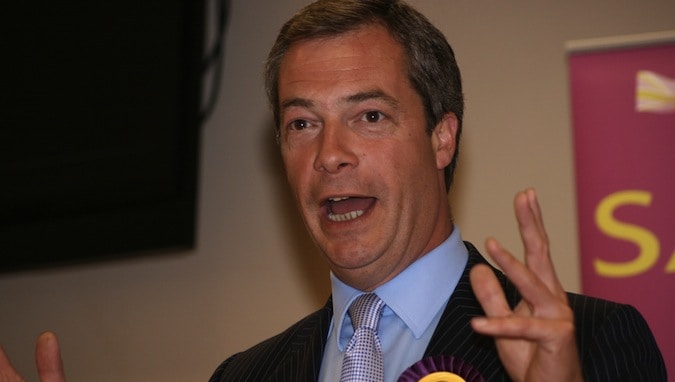 “I guess they’re like the English version of the Tea Party?” mused Omaha, Neb. resident Eric Gletkoff over his morning paper. “Anyway, they won a big election last night or something.”

“Good to see even Europe is getting wise to the Obamanation,” Gletkoff added.

The UKIP is anti-immigration, anti-gay marriage, wants the U.K. to leave the European Union, opposes investment in renewable energy sources, and proposes a 40 percent increase in British military spending. Its position as an outsider from mainstream British politics is further proof that it’s “basically the Tea Party, but in Europe,” sources confirmed.

“Yeah, good to see the Tea Party’s message has even spread to the land of George III, the inspiration for the original Tea Party,” said Naomi Johnson of Knoxville, Tenn. “I wonder if these Uck-ip [sic] people have their own Glenn Beck or Sarah Palin like we do.”

At press time, Seaford, Va. resident Chris Dollard was wondering if he should emigrate to the U.K. following the Tea Party’s resounding defeats in the Republican primaries.

Conservatives have not hailed all European far-right victories, however. Despite an even more impressive electoral showing, France’s far-right National Front party has been largely ignored because “Even French Tea Partiers are still socialist-loving surrender monkeys.”