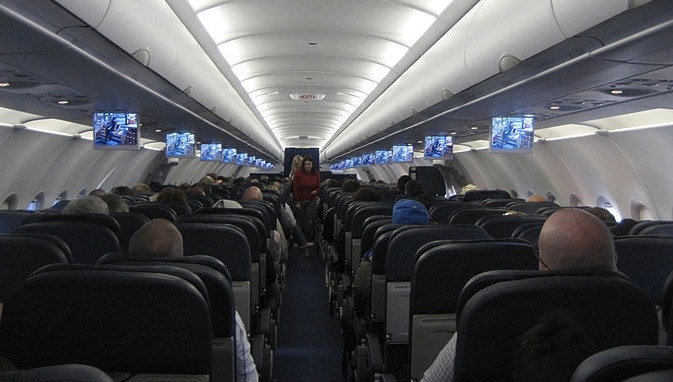 LONDON – Continuing its trend of treating coach passengers like the animals they are, British Airways recently announced plans to start serving pet food to every Tom, Dick, and Harry that travels via the airline’s low-class flight cabin.

“Our research has shown that coach flyers have already familiarized themselves with canned pet fare,” remarked Richard D’Cruze, the British Airways’ in-flight manager who also helped facilitate the airline’s “Paws and Relax” program, a channel designed to allay passengers’ nerves through videos of cute and cuddly animals frolicking and being incredibly silly.

“We want to make these people feel at home when they fly, which we believe we can accomplish by immersing them in a world of familiarity,” continued D’Cruze, who hasn’t flown coach in 17 years, instead choosing to travel with other respectable humans in first class.

The food program, which will start in conjunction with the “Paws and Relax” program in September, will include such delicious treats as Fishy Fish Pie with Peas, Slow Cooked Lamb Hotpot, and the national treat for every British dog, Chicken Woofa Masala.

D’Cruze also wrestled with the idea of providing other options in addition to dog and cat cuisine, like bird feed and horse fodder.

“I’ve heard these rubes are quite fond of various types of animal food,” continued D’Cruze. “That being said, we’d rather they earn it through good behavior or the performance of impressive tricks. Using the bathroom to relieve themselves would go a long way as well.”

“They can kiss me bloody bum,” said an indignant Lipton. “I don’t mind eating dog food from time to time, but Fishy Fish Pie with Peas? I’d rather eat the so-called human food on Aer Lingus.”

“It’s all bollocks,” continued Lipton. “I don’t need to watch some poodle chasing a ball to calm my nerves. That’s what me pint of gin is for.”