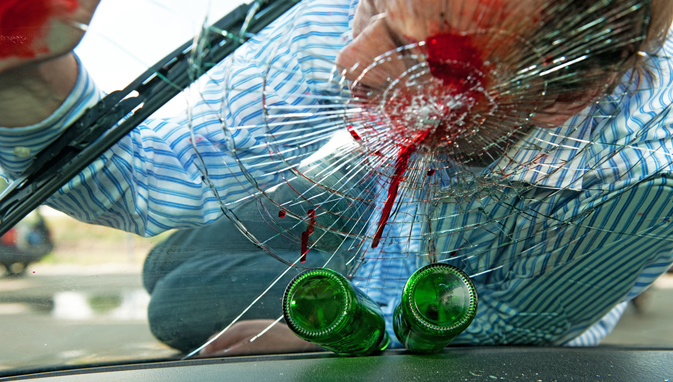 LOS ANGELES – In a press release today, the Screen Actors Guild announced it has hired a team of lobbyists to protect the tradition of celebrity impunity from drunk driving laws. Counsel for SAG has reportedly filed a lawsuit against the state of California, in which the sobriety-challenged celebrities outline a list of perceived infringements on their God-ordained status as elite human beings.

Every day in America, 28 people—most of whom would never be featured on the cover of People magazine—are killed by drunk driving. Processing the drivers costs the United States $132 billion annually, roughly $500 per taxpayer.

But Max Krasilovsky, an attorney who represents Amanda Bynes and others, fears that his clients will also become mere statistics. The Guild is lobbying for a state law that will establish a maximum penalty of 25 hours of community service for any A-lister’s DUI conviction. If the infraction takes place after an award show, the penalty will be cut in half.

“When a celebrity is sentenced to jail time for, say, striking two minors outside of an orphanage while driving intoxicated on a suspended license,” states Krasilovsky, “it implies that celebrities are somehow equal in value to the plebeian underclass.”

By making the tiers of justice explicit and official, the lobbyists say they are fighting to protect the youth from the reality of harsh injustice. “When Americans see celebrities get preferential treatment off the books, it can be disillusioning,” says Pervis. “But the problem isn’t special treatment. It’s the legal grey area people can’t stand.”

According to polls, California citizens seem to overwhelmingly support the celebrities’ initiative. “I think it’s about time we put this one on the books,” says Patricia Halworth, Californian mother of three. “It just seems like a formality, really. Celebrities have been getting schwasty and yoked out behind the wheel without real consequence for the better part of a century.”

“We’re kind of like M.A.D.D.,” chuckled Krasilovsky, referring to the anti-drunk driving advocacy group Mothers Against Drunk Driving, which has saved nearly 300,000 lives since 1980. “We fight for the little guy. Literally. Charlie Sheen is like five-six.”

But for Hollywood’s inebriated elite, the law is not merely about upholding tradition. Krasilovsky wants to protect the ability of all celebrities to do whatever they want. “It’s not just for A- or B-listers, but for the Howie Mandells and Chris Tuckers of America. This is about equality for all celebrities.”

After a thoughtful pause, Krasilovsky added, “I guess I’m kind of like Nelson Mandela in that way.”