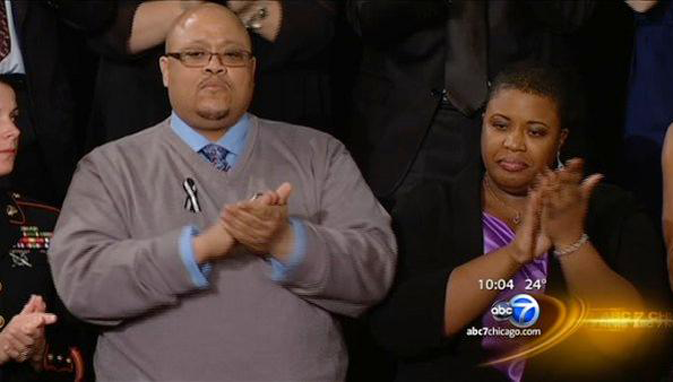 Chicago Residents Surprised to be Pushed from the National Spotlight

CHICAGO — It was a shining moment for Chicago, it’s growing homicide rate and escalating gang war.  During his State of the Union Address, President Barack Obama actually named checked Hadiya Pendleton, the 15-year-old girl who was tragically killed in Chicago, weeks after performing at President Obama’s second inauguration.

But mere moments later Chicago and it’s crime had the spotlight yanked away, when Marco Rubio fumbled for a bottle of water during the GOP response to the State of the Union Address.

Clifford Smith, a lifelong Chicago resident was extremely disappointed. “I thought we’d have everyone’s attention for a little while longer, at least for a couple of hours.”  Smith conceded, “I thought Marco Rubio cracking under the pressure was funny too, I just wish it had happened, I don’t know, sometime next week?”

Rubio’s gaffe spread across the internet seconds after it happened.  Twitter erupted with tweets from people not nearly as clever as they think they are.  Rubio and his water became a meme and instantly the most memorable part of the evening, much the disappointment of Chicago residents, who had finally believed the rest of American would actually care about it’s crime epidemic.

“Look, we had some real competition from that whole Christopher Dorner situation,” said Todd Bradley a ten-year veteran of the Chicago Police Force.  “It’s tough to beat a case involving a manifesto, especially one that involves celebrities, but I felt really good about our chances of riding it out.”

Bradley added; “we had a 15-year-old with a bright future, who had just performed in honor of the President, how can you possibly get more tragic than that?’

But Chicago residents are still hopeful that they’ll recapture America’s attention.  “I’m sure some other tragic death will launch the Chicago epidemic back into the nation’s spotlight,” said Markiesha Williams, a 16-year-old Chicago area honor student, who dreams of attending Yale, becoming a doctor and has a smile that lights up a room, “I just hope it’s not mine.”