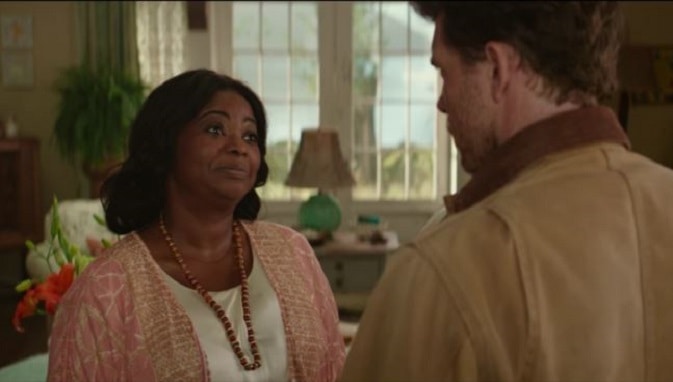 Christian leaders are warning followers of the faith to steer clear of the upcoming Christian fiction flick The Shack, arguing if the film follows a “faithful portrayal” of author Willam P. Young’s book, it will “smear the evangelical understanding” of the Bible. “If the film is a faithful portrayal of the events and the theology of the book, then every Christian should be gravely alarmed at the further advance of beliefs that smear the evangelical understanding of the truth of the Bible,” Christian author James B. DeYoung, an acquaintance of the book’s author, told Christian News Network.

“Bottom line, God is most certainly not a fat, black woman,” several other Christian leaders who were interviewed by the outlet, agreed on. “And there’s really not that much more that can be said about the subject. God is someone who is supposed to be depicted as smart and not as a fat, black African-American female, because he IS smart and that’s not the vessel he would chose if he ever came down among us. And those ‘You’re wrong because God doesn’t care about physical appearance’ comments are just rubbish and shouldn’t even be used as arguments,” several leaders argued.

Asked to elaborate on their theory, they said that God must have clearly created both good-looking, pretty people and those who aren’t physically attractive, and that “there’s no proof to argue that God only created ugly people.” “If you want to use that argumentation – that God doesn’t care about looks and that he always somehow sides with ugly people by default – then riddle us this: who was it that created pretty people?” they said. “Did they somehow magically appear out of nowhere just so they could balance things out? Of course not. God created them as well and saw to it there’s a clear difference. That much we know for sure. As for why he did what he did, well, our race has been discussing that for thousands of years and we still don’t have an answer.”

They continued, “But, one thing we do know about Him and all of his infinite, yet often not very understandable wisdom, is that he’s never made a mistake. And He most certainly wouldn’t start making them by opting for a fat, black female body with low mobility and excellent camouflage skills. By all accounts, he probably wouldn’t choose a female body in the first place, but if we disregard that for the sake of argument, he would probably go for someone like Charlize Theron, or maybe Angelina Jolie. It makes no sense not to enjoy the fruits of your own, beautiful design. And there’s nothing shallow or shameful about that; after all, he did make us in his own image.”

“That’s what a smart God would do, and our God certainly is smart. Therefore, we resent the fact that he is being portrayed by a woman, let alone a fat, black one at that. Ultimately, we understand that the director could have avoided all of this by opting for a different actress, as well as that the initial mistake was made by the author of the book who wrote it in such a way. However, the director must share some of the blame, because he could have prevented all this outrage. His non-action has now caused a religious firestorm that probably won’t end well for him,” the argued.

“As for the lead actress – we have nothing against her personally, she needs to understand that,” the Christian leaders added. “We believe she is a nice person and all that, but if she’d just lose some weight and do the Michael Jackson-ley thing and whiten her skin a bit, that would be perfect, I think everybody here agrees we could find a way to work with that.”