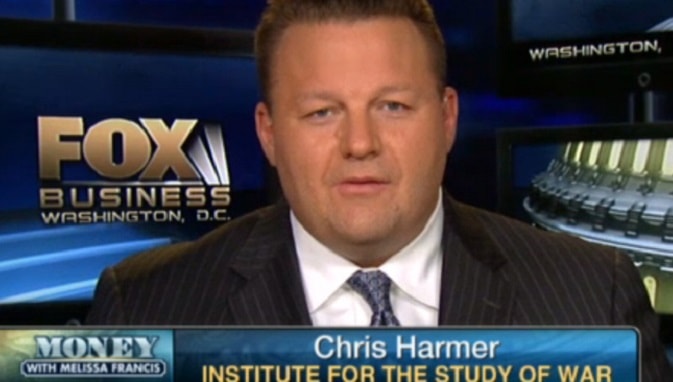 Just when you think that the right-wing “patriots” can’t go any lower in putting their hatred for President Obama and Iran over any pleasure and relief that 10 U.S. sailors were quickly released unharmed from Iran, along comes an O’Reilly Factor guest who says the U.S. should have let them remain as hostages forever, rather than apologize for its own provocative behavior. Christopher Harmer, Senior Naval Analyst for the Institute for the Study of War, complained, “We’ve accommodated Iran for so long, we’ve accommodated their aggressive behavior, we’ve accommodated their state sponsorship of terror that we are now in a position where we just don’t have as much credibility as we need.” He also told O’Reilly: “It’s better that they [the sailors] remain in prison forever as hostages than the United States apologize to Iran.”

Later on during the show, Harmer also added that “there should be an initiative to prosecute the American sailors” under the excuse that “they should have fought until death.” The analyst argued that any sign of weakness in the face of the enemy will only empower the other side, causing it to inflict more damage and the entire conflict to escalate. “We had them right where we wanted them. We could have just stopped all negotiations for their release and just kept quiet. That would most certainly have had the desired effect on Iran. They’d start to wonder why they’re not hearing from us, and then they’d get anxious and nervous. And that could have been our ticket to hitting two birds with one stone – more power through silence and the release of our men, even though some of them would most likely have gone through torture.”

“And what I don’t understand is how they weren’t aware of what they should have done,” Harmer added. “I was under the impression that they receive anti-torture training of some sort when they first join the Navy. They should have been aware of the fact that our country is in dire straits politically with the rest of the world, and that nothing good will come of acting concerned and weak. That is not the role America should be playing right now. That’s why I think we should prosecute each and every one of those men, because they betrayed their families, they betrayed their countrymen, they betrayed their homeland. And they took an oath to fight the enemies of this country, both domestic and foreign.”

“Hold on a second,” O’Reilly interjected, “you’re talking about sailors in the Navy, not the Navy Seals. What kind of special training do you suppose they should have had?” “Now don’t give me that, Bill,” Harmer responded. “This country has been at war more often than any other country since we declared independence. We’ve had casualties over the course of hundreds of years, casualties who were regular, everyday folks like you and me. Those folks didn’t complain when they were captured, they didn’t beg for mercy, not during the Civil War, not during World War II, not during Vietnam, not ever. Terrible things have been done to Americans who were captured by enemies in wars throughout our history. And not one of them bowed down to the enemy and betrayed their country.”

“And now, first these 10 idiots somehow wander 50 miles into hostile waters, and then allow themselves to be captured and then, on top of that, wait for their country to get them out? What are you talking about, they should get the electric chair for such stupidity and cowardice. But, I guess they just don’t make ‘em like they used to. Still, that doesn’t mean weakness should be tolerated,” Harmer concluded.