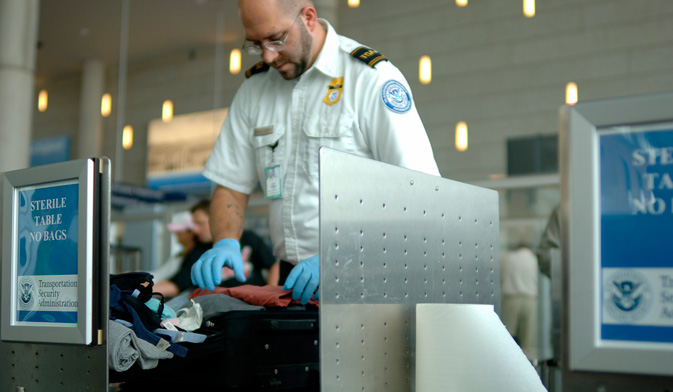 NEW YORK — Randy Green, a Queens resident and convicted sex offender guilty of public fondling, recently landed a job as a Transportation Security Administration employee at John F. Kennedy International Airport. Green, 56, who apparently suffers from a chronic compulsion to fondle the genitals of random passersby, applied for a job as a security official at the airport last month. The TSA promptly hired Green, noting that his innate desire to grab the testicles and breasts of complete strangers was an essential skill as a security agent.

“Randy’s a great TSA man who fit right in,” a TSA representative at JFK said this morning. “You never know when someone will try to hide a butterfly knife in their crotch, or a snub-nosed revolver in their cleavage, and we really need employees who aren’t shy about feeling people up.” Green, whose fondling experience includes three successful convictions of groping breasts in public and seven alleged instances of testicle-grabbing, now enjoys an official title within the TSA as a “resident genital frisker,” and is free to indulge in his compulsion professionally and without legal ramifications.