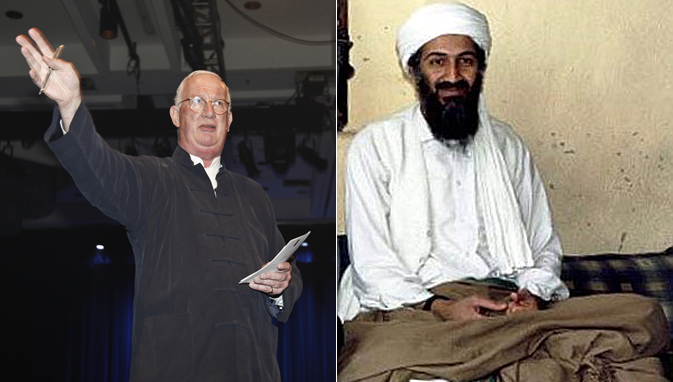 CIA to Auction off Photos of Bin Laden’s Corpse

LANGLEY, Va. — According to sources, the Central Intelligence Agency (CIA) will reverse its policy of withholding images taken of Osama Bin Laden’s corpse as soon as they “find the right buyer.” The photographs—which were taken after the al Qaeda leader was killed in a May 2011 special ops raid—depict Bin Laden’s bullet-strewn face and body, and have become the object of a frenzied bidding war between America’s leading media conglomerates.

“Originally the thinking was: We’ll keep these classified no matter what,” one CIA source told Newslo. “Releasing them just seemed too risky. But then we found seven more photographs that we didn’t even realize were taken. And boy, these ones are doozies. Real nice close-ups, his face with a big ole’ hole in it and everything, brains pouring out. Yuck. I nearly puked on my shoes when I saw them.”

“So we’re all standing around and looking at ‘em,” the source continued, “and somebody says, ‘Man, just think how much the National Enquirer would pay for these babies. Prolly [sic] like ten times as much as they doled out for shots of Tom Cruise’s kid.’ Well, that was enough to convince us that these photographs really belong to the world.”

The CIA is expecting to earn significant revenue through sale of the photographs, which have attracted hundreds of bidders, including all four major television networks.

“Americans love blood and guts,” a CBS executive said, “especially when they’re oozing out of Osama Bin Laden and congealing into a sticky pool by his head.” The network is reportedly willing to spend double the production costs of The Big Bang Theory to secure exclusive rights to the photographs.

Another source says the policy reversal will help mitigate the effects of mandatory budget cuts the agency would face in the event of sequestration. “We have two options: Sell the photographs, or cut our budgets for [REDACTED] and maybe even [REDACTED]. What would you do?”