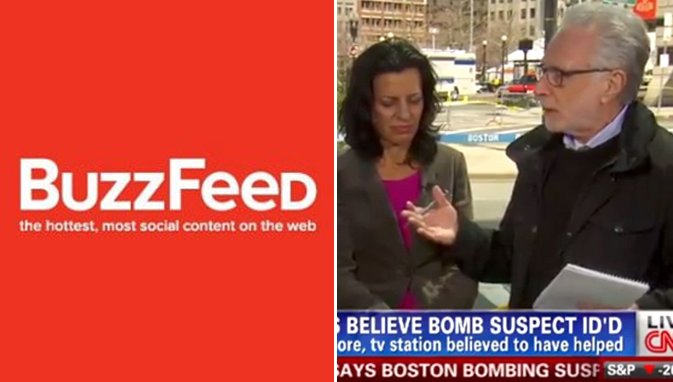 LOS ANGELES — Celebrating the one-week anniversary of their partnership, CNN and BuzzFeed unveiled their latest web video, titled “19 Things That Bernard Shaw Said That Will Make You Feel Fat.” The video features the legendary anchor making comments that, when taken out of context, seem to suggest he believes viewers are overweight.

“BuzzFeed’s massive audience is hungry for new, interesting video formats,” said Ze Frank, BuzzFeed’s EVP of Video. “We’re happy to follow up our first video, which so far has only received a little over 117,000 views, with one featuring Bernard Shaw. His coverage of the Gulf War set a high standard, but I think people will also appreciate the humor in him saying, ‘This is heavy,’ then making a funny face.”

Announced on May 28, the YouTube channel “CNNBuzzFeed” is aimed at attracting younger audiences, a demographic highly prized by advertisers. “There has been a massive cultural shift in how people – particularly young people – consume news and entertainment,” said BuzzFeed President and COO John Steinberg. “They want to be able to access it anywhere, since they don’t have attention spans, and they need things broken into lists or else they’ll get confused and bored. Like right now, if I don’t say something incendiary, everyone under 29 will go to another tab on their computer screen to check to see if their Tumblr dashboard has anything new on it.”

Equally optimistic was KC Estenson, the senior vice president of CNN Digital. “By burning away what little respect the CNN brand still had with BuzzFeed’s unique, oversimplified editorial approach, our partnership will enable both organizations to engage new audiences of people who like French bulldogs.”

Scheduled to be released later this month on CNNBuzzFeed are the videos “What Cheeseburgers and PTSD Have in Common,” “26 Babies Angry About Nigeria’s Anti-Gay Policies” and “True Facts About the Collapse of Journalism.”