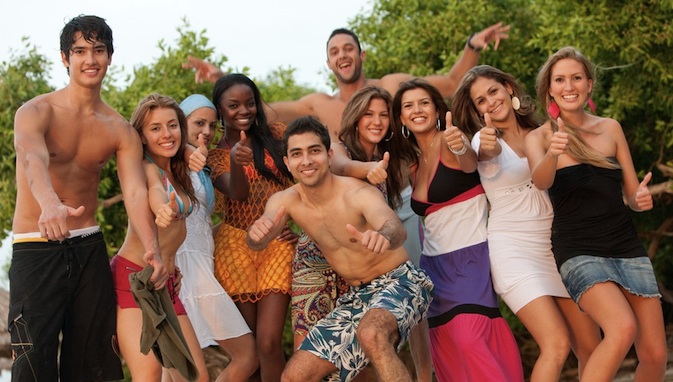 NEW YORK – As college students throughout the country excitedly prepare for Spring Break 2013, Mexican drug cartels hundreds of miles south are abuzz with a very similar feeling of anticipation and exuberance for the crazy, memorable week to come.

“I think we’re just about ready to go,” said Garth Hunter, a junior at Lehigh University who is heading to Acapulco, Mexico for a week with his friends. “Only thing is, we’ve got about 30 people going and only booked like four double beds, so there’s gonna be a lot of fighting – hopefully we just settle it by getting blackout drunk.”

In the endless struggle for control of lucrative drug trafficking corridors, ‘El Chapo,’ the infamous leader of the Sinaloa Federation Cartel, expressed similar concerns. El Chapo promised that he was fully prepared to kill “todas las familias (all familes) of the putas (whores) who challenge us.” The “Golden Triangle” of drug power, which consists of the Durango, Sinaloa and Chihuahua regions, is violently contested by the Juarez, Sinaloa, and Tijuana cartels, as well as the Mexican government, which has about as much influence in the area as spring breakers’ parents.

“My problem is, I don’t know how much I can bring,” noted Jessica Marin of Fordham University, foundering in her efforts to cram an extra pair of shoes into an overstuffed bag.

“Is exactly same problem for me!” echoed Luis, a mule for the cartel who gave his statement while stuffing his orifices with cocaine to be snuck past overwhelmed TSA agents.

Another concern shared by students and cartel agents is their skin tone. While most tourists worry about how pale they are on the beach and whether they will burn by using tanning oil, drug dealers nervously apply sunscreen in the hope that they can better blend in with American “clients.” Selling drugs to tourists already in Mexico is a great chance to get away from it all, and while the goal is not always to kill, kidnap, or harvest organs from students, it is always a welcome added bonus.

Mexico’s “war on drugs” has resulted in upwards of 70,000 violent homicides since former Mexican President Felipe Calderon put his plan into effect in 2006, according to Fox News Latino. The drug war has claimed the lives of at least 115 Americans visiting the country in 2011 alone. This year’s crop of college-age tourists, however, appears to be ready for similar carnage along with the cartels.

“Bro, you know if my crew was down here we’d be doing nothing but killing it,” said Shane Doherty of Rutgers University to reporters, shortly after landing at Alvarez International Airport in Acapulco, Mexico. “Slaying bitches, man. 70,000 blackouts this night alone. Get ready.”