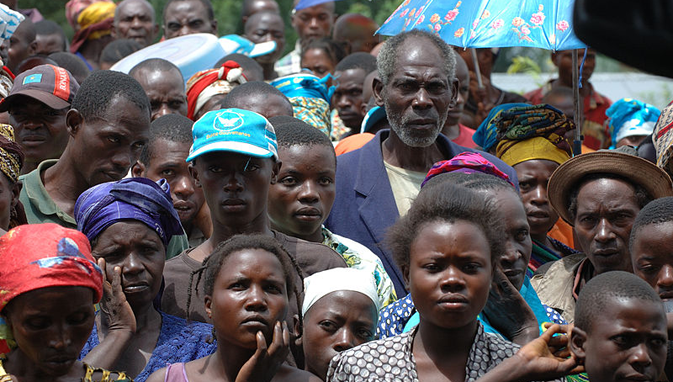 KINSHASA, Congo — In spite of an ongoing scandal in Europe, in which foods sold as containing beef and pork were found to be made largely from horse meat, President of the Democratic Republic of Congo Joseph Kabila assured his citizens that they would be entirely unaffected.

“Our nation will meet many challenges in pursuit of a united Congo,” said President Kabila. “But I can say with absolute certainty that none of our citizens will accidentally purchase and consume horse meat. Or purposefully. Or consume, really, any kind of meat that has undergone safety inspection and treatment.”

Devastated by major wars in the late 1990s, the DR Congo is now plagued by debt, disease and famine. Although it is widely considered the world’s richest country in natural resources, its citizens are among the poorest, with malnutrition affecting two thirds of the population.

“As with the outbreaks of spinach contaminated by E. coli and mad cow disease in beef, no one in the Congo will have to face the indignity of consuming horse meat,” continued the president, adding: “No matter how much they wish they could.”

The World Health Organization has predicted that no one in the entire world will die from consuming horse meat, including the citizens of the Congo, who die at a rate of nearly 40,000 per month, largely due to famine. Still, European leaders have expressed admiration for President Kabila’s confidence and bravery in the face of this utter crisis.

“Of course, the only way to ensure that one doesn’t consume horse meat, a food that is perfectly safe to consume, is to not purchase red meat products for a little while,” said the UK’s chief medical officer Sally Davies. “The truth is, there is not one man or woman in Europe capable of that lifestyle change, but the citizens of Congo – well, they must have nothing but fire in their bellies.”