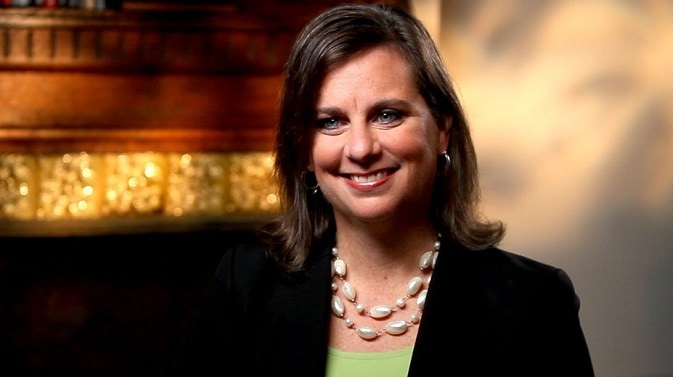 Dannenfelser: “Women Ought To Respect The Creator’s Blessing Of A Baby, Even If He Chooses To Deliver It Via Rapist”

Donald Trump has named an anti-abortion hardliner as one of his top domestic policy advisors. The Republican presidential candidate announced a new “pro-life coalition” that will be spearheaded by Marjorie Dannenfelser, the president of the Susan B. Anthony List. She opposes exceptions in anti-abortion measures carved out for rape and incest survivors, saying those concessions are “abominable” and “intellectually dishonest.”

“I think the main reason why there’s such a huge argument surrounding the issue today has to do with the simple matter of perspective,” Dannenfelser told Fox News. “A lot of people, and when I say people, I mean women, are taking their child-bearing abilities for granted. You have girls and women who are unable to have kids for whatever reason, be it a medical one or something else, and they would literally kill to be able to become mothers.”

“On the other hand,” she continued, “millions of women who get pregnant by accident or as a consequence of rape just want to get rid of their baby, no questions asked. Well, it doesn’t work that way, or at least it shouldn’t. All women should have respect for the blessing of the Creator that comes to them in the form of a baby. And that also goes for when He chooses to deliver his blessing through a rapist.”

Trump’s new top domestic policy advisor went on to claim that the second women start rejecting such blessings, “it’s like they’ve spat in God’s face.” “I mean, think about how many women out there would give everything to be where you are. And if that’s not enough to persuade you to want to carry your child to term and then give it up for adoption in order to make a suffering couple happy, then do it for God. He is forgiving, we all know that, but I think we sometimes overestimate how much,” she added.

She also said, “And I’ll tell you another thing we all know about God. He works in mysterious ways. And even if sometimes he acts in a way we don’t initially understand or necessarily approve, in the end it turns out he was right to do so. And if you get raped and you find out you’re pregnant afterwards, there’s no reason to be angry with God or that baby. You should accept it as your own because that’s what it is – a gift and a blessing from above.”

“And let me remind you of another thing – He doesn’t make mistakes. Remember Noah’s Ark and the Flood? It was to cleanse the earth and give humans a fresh start. Remember how Donald Trump became the Republican presidential candidate earlier this year? It was probably one of the strangest things many of your have seen, but it was also in order to give America a fresh start. And if you’re raped – it was probably to give you a fresh start with a new baby. So, God knows what he’s doing, don’t doubt him. As for his methods, they’ll always be up for debate,” Dannenfelser concluded.