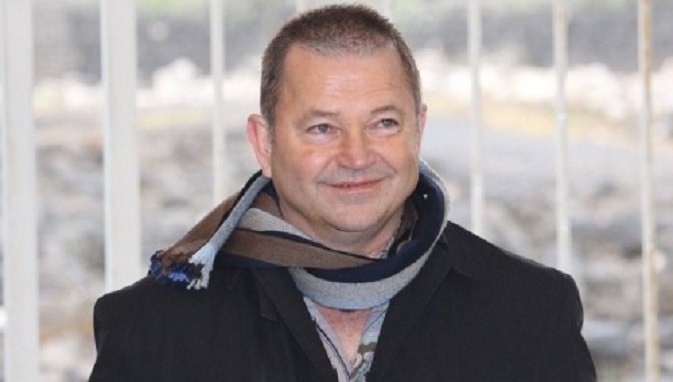 A few weeks ago, Republican presidential hopeful Mike Huckabee had launched a boycott against Frito-Lay over the release of Rainbow Doritos, which benefited the anti-bullying It Gets Better Project, despite his previous stance that such boycotts were “economic terrorism.”

Supporting Huckabee in this effort was extremist Christian nationalist David Lane of the American Renewal project, who recently penned a column explaining the need for the boycott on the grounds that Frito-Lay had partnered with an organization that was founded by “anti-Christian bully Dan Savage.” By doing so, Lane said, Frito-Lay has proclaimed “solidarity with sexual anarchy” and is fueling America’s “rebellion against God” by spreading “Carcinogenic Secularism.”

Speaking with Newslo recently, Lane revealed that, apparently, “eating Rainbow Doritos can have an undesired effect on the person eating them, and especially devastating consequences on children who consummate the product.”

When asked to elaborate on his claim, Lane said that “eating something that is made by sexual anarchists threatens to turn you into the same kind of fornicating, deviant psychopath in a matter of weeks.” He also added that “being gay has up until now been a matter of choice. Now, that same choice is being forced upon us by contaminating the very food we eat.”

Also according to Lane, who was particularly fiery in his rhetoric, “our kids are the ones most in danger from the poisoned snack that was once the favorite of millions of Americans.”

“They have taken an icon, a legendary product and turned it into a tool to poison not just grown Americans, but also the most innocent of us – defenseless, innocent children. They have taken to the philosophy that nipping things in the bud is the best approach, and they know very well that kids are most sensitive to external influences at a very young age. They put two and two together and decided that poisoning them while they’re small is going to save them a whole lot of lobby money in the future. They’re waging a very smart war, you gotta give them credit for that,” Lane opined.

“That’s why I supported Huckabee’s boycott against Frito-Lay, because they have made the impossible possible,” he added. “They have created a food that turns straight people into gays and not only that, but they’ve decided to attack the purest and most benevolent of us. That cannot and must not stand. The conclusion is simple: eating Rainbow Doritos will eventually make your kids gay, it’s as simple as that. Now, it’s up to you to either let that happen, or save your children from the fiery damnation of Hell.”