Framingham, Massachusetts – Three day care workers from the suburban Boston area were fired from a kindergarten after attempting to conduct an experiment involving a toddler. One of them allegedly hanged the child from a doorknob by its shirt and the other two are said to have filmed the “experiment”.

The KinderCare center in Framingham is the scene of the event, and police say that the boy, 20 months old, was suspended by one of the employees of the center, while the other two observed and took pictures of the entire incident for unknown purposes. Upon revealing the incident, all three of the employees were fired immediately, and most importantly, the young child was not hurt.

However, the police further states that, when asked why they would do such a thing to an unsuspecting child, all three of the suspects replied (almost unanimously) “it was a harmless experiment”. Namely, it would appear that all three of them were undercover agents of a large chain of textile companies, who infiltrated the day care center in an attempt to test whether their brand of baby clothing could withstand the harsh conditions through which a typical toddler puts them through.

As unlikely as it sounds, the three (now former) workers at the KinderCare center have made only brief comments upon being taken into custody, and decided to remain silent during questioning. Middlesex County district attorney, Marian T. Ryan, stated that “not only is this an outrageous incident that could have seriously injured a young child, but if the suspects’ phlegmatic behavior is any indication, we could very well be looking at a city and even nation-wide conspiracy on our hands”.

The undisclosed textile company chain remains silent at the moment, although it may have just given a new meaning to the term “market research”.  The Boston authorities are promising to launch a full scale investigation in the following days and recommend a thorough background check for all new employees in day care centers throughout the state and country. 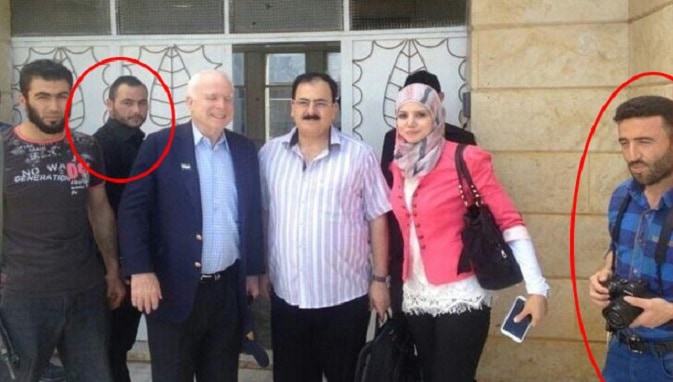 The US President Pranked By The Ukrainian Prime Minister