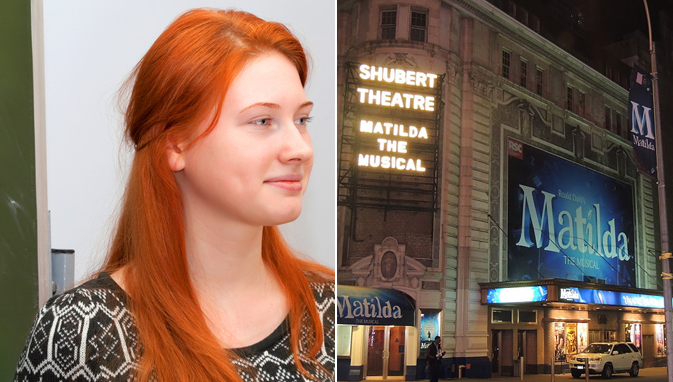 NEW YORK — After a group trip to see the popular new Broadway show Matilda, officials at the New York Department of Education were immediately inspired to overhaul the current teacher evaluation system, introducing the strict new education measures this week. The new system streamlines the evaluation process, makes it easier to fire teachers who are consistently incompetent even if they are tenured, and greatly eases restrictions on the use of telekinesis during standardized tests.

“I was watching Matilda up on the stage,” said Education Commissioner John King, “and thinking of all the teachers I had as a kid who were like Ms. Trunchbull. I wished I had some awesome power to do something about it the way Matilda does, and then I realized, oh yeah, I’m the Education Commissioner. I’ll make it so you can just fire them.”

Until this point, the evaluation standards of “satisfactory” and “unsatisfactory” were used to categorize all teachers, and had been since the 1930’s. “It’s like no one was paying attention to literature or drama,” said King, whose plan includes the evaluation groups of “highly effective,” “effective,” “developing,” “ineffective,” and  “Trunchbull.” If a teacher is rated “ineffective” two years in a row, they can be fired. A rating of “Trunchbull,” King was sure to include his enthusiasm with the musical and 1996 movie, allows students to pelt the teacher with food and garbage as they flee their school.

The evaluations will be based on in-class observation by school administrators, including one unannounced observation per year. The system also still relies very heavily on standardized test results, because, as evidenced by the story of a girl discovering her innate power by exploring a library, standardized tests are probably what Roald Dahl meant to inspire.

Unfortunately, King told the media, testing requirements and restrictions of the Common Core Curriculum will make so children won’t have a chance to take a field trip and see the musical, and probably won’t get a chance to read the book, which admittedly has little to do with math and science. “But that’s okay,” King assured students and teachers, “because with this new plan, they’re basically living it.”