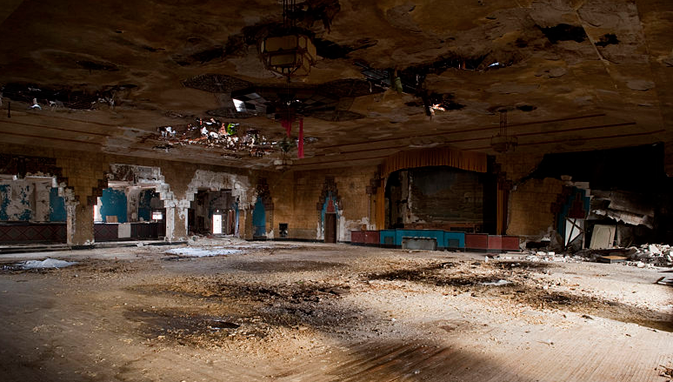 Detroit Police Announce Capture of Escaped Inmate: ‘Only 39 to go’

DETROIT — Cautiously emphasizing that there was still work to be done, Detroit police announced late Monday the recapture of escaped inmate Abraham Pearson, leaving only 39 escaped felons roaming the streets of Detroit.

“We are pleased to say that inmate Abraham Pearson is back in custody, thanks to the fine work of our joint task force,” police spokesperson Abbie Douglass said at a press conference early Tuesday. “As you all know, Mr. Pearson’s capture means we are down to approximately 39 fugitive criminals roaming the streets of our city. Detroit law enforcement will not rest until at least half of these escapees are returned to justice.”

Pearson, in court to face sentencing over a carjacking conviction, stabbed a deputy several times in the neck with a sharpened plastic comb; handcuffed him; took his uniform, cellphone and two-way radio; and fled the building, allegedly carjacking a woman shortly thereafter. Pearson was discovered 14 hours later walking along a highway, where he was arrested.

“Thanks to the tireless efforts of our brave men and women, we have reduced the total number of escaped convicts running free in our city to 39, a mere 31 of whom are believed to be armed and dangerous,” Douglass said. “With constant vigilance, we may be able to reduce the number of violent inmates on the lam within city limits to only a couple dozen by year’s end.”

Among those still on the run from justice include former city mayor Kwame Kilpatrick, who was convicted of mail fraud, wire fraud, and racketeering in March.

Detroit, listed as the most dangerous city in the country in 2012, has long lead the nation in escaped prisoners per capita, though its 2013 total is down from its recorded high of 87 in 2006.

“I think we’ve shown today that no one escape the reach of the law in Detroit forever,” Wayne County Sheriff Benny Napoleon said in a statement. “By which I mean people who were previously in custody. I can’t speak for the people who commit the 70 percent of murders that go unsolved. But if you have been processed through the justice system, escaped, and are running loose, your time is limited. Usually.”