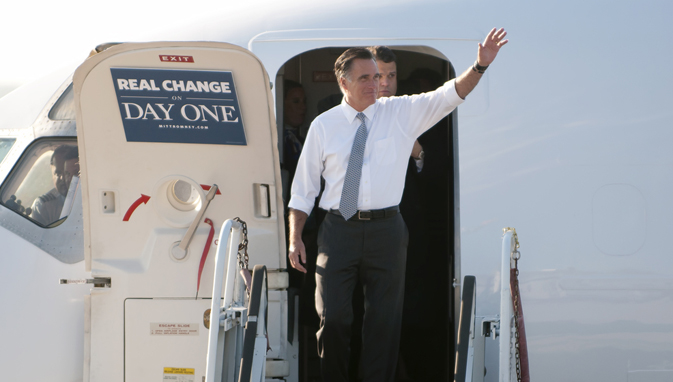 NAIROBI, Kenya — Shortly after Republican Mitt Romney’s defeat in the 2012 election became official, the campaign followed standard procedure and sent hundreds of thousands of t-shirts and hats declaring Romney’s victory to families in need throughout the developing world. It was quite a surprise to former campaign workers when, on November 27th, the massive shipments of apparel were found outside the door of the old Romney headquarters, apparently shipped right back to the original sender.

“I couldn’t believe my eyes,” said ex-campaign strategist John Wilson. “I thought it must have been a shipping error and the stuff had never been sent in the first place, but, sure enough, the return addresses all said ‘Haiti’ and ‘Kenya.’ A lot of them also said, ‘PLEASE do not return.’”

Reporters were able to locate Matu Omondi, a Kenyan citizen who helped orchestrate the major send-back. Omondi explained that the Kenyans had two reasons for returning the apparel. The first, unsurprisingly, was that the gear had been manufactured with extremely low quality material that tended to tear and cause rashes on children. Evidently the Romney campaign had outsourced the job to an unnamed company in a remote region of China.

The second reason, Omondi explained, was more complicated. “Obviously we are all Obama supporters. While he is the leader we wish we could be blessed with, Mr. Romney reminded everyone of the last British colonial administrator that we overthrew. Even inside out, we couldn’t bear those t-shirts. We wavered, deciding what to do with them. But then, when Mr. Romney accused the President of ‘giving gifts to minorities,’ we knew that the common people of the world had no choice but to send that man a gift of our own.”