JACKSON, Wyo. — Those children daring enough to climb the twisted staircase leading up to Dick Cheney’s gothic stone castle will be sorely disappointed. Do not let the gothic mansion fool you: Cheney does not celebrate Halloween anymore. He just lives there.

Fearing a 37th heart attack, the former Vice President has changed his outlook on Halloween. He now believes the Holiday to be nothing more than childish, immoral nonsense provoked by the evils of sugar. This year he has decided to rename the holiday “Razorblade and Apple Day,” as that’s what he plans on giving out to trick-or-treaters.

Some feel that Cheney has become embittered over the years, but he believes that today’s American children are weak and losing their morality. He says that the razorblades will teach children how to deal with pain and accept the unpredictability of life. The apples, of course, are a stern warning against the dangers of too much sugar – which can lead to fun, another activity that Cheney is strongly opposed to. Giving out razorblades will also provide kids with a unique opportunity to be creative and learn important life lessons, like how to make a knife for cutting up apples and how to shave off a glued on wizard beard.

Originally, Cheney planned on giving out free defibrillators to trick-or-treaters. He wanted to teach them about cardiovascular health, but then decided that it would be akin to socialized medicine and quickly changed his mind. For those brave enough to ring Cheney’s doorbell this year, do not be fooled by his monocle, top hat, and sharp protruding nose. He is not dressed up as the Penguin from the classic Batman series. However, he may cause just as much harm. 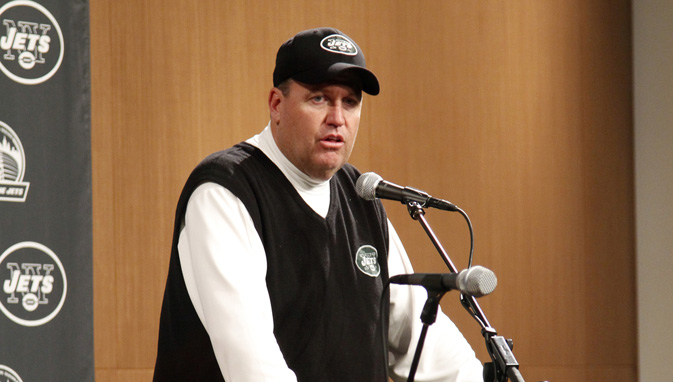 Rex Ryan Tells Press That Jets Will Stick with Losing