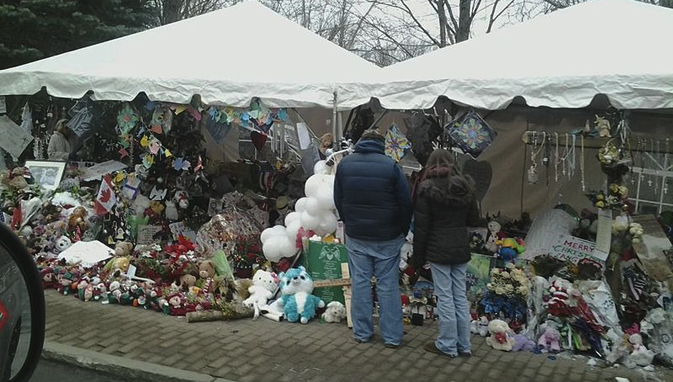 Director to Honor Newtown Victims By Shamelessly Exploiting Their Story

RIDEGFIELD, Conn. — Big-time Hollywood director Jonathan Bucari has announced plans to memorialize the victims of the December 14 tragedy in Newtown, Connecticut, in the time-honored tradition of being the first to attempt to cash in on the  catastrophe and make a film.

“I would hate for this tragic event to fade into history and be forgotten,” said Bucari. “By making a fictional TV movie loosely based on these horrific events, I am doing my part to ensure the victims are forever remembered and portrayed by slightly better-looking child actors.”

“This one’s for the children,” he added.

Bucari is best known for having no one in Hollywood have any idea who he is. Repeated calls to the entertainment capital of the world in search of friends, colleagues, or acquaintances of the director ofThe Sacrificial Lamb, a TV movie IMDB describes merely as “21 minutes long,” failed to locate anyone who had ever heard of him.

“There was a Jonathan Pekar who was in an episode of Beverly Hills 90210 back in 1990,” said Strand Conover, a television agent at William Morris Endeavor Entertainment. “Is it the same guy? Maybe he changed his name.”

Bucari has notified numerous media outlets of his intentions to cash in on the national tragedy by filming his opus in the town of Ridgefield, Connecticut, located 20 miles southwest of Newtown. When asked if Bucari had also begun requesting the proper permits to allow his company to film in the Connecticut suburb, Rudy Marconi, the town’s First Selectman responded, “You’re kidding right? Is this some kind of sick joke?”

The director said he chose to film in Bridgeport rather than Newtown because he is a “sensitive soul.” “I felt that the tragedy is just still too fresh  in the minds of thepeople who lived through the nightmare,” he said. “But I’m sure they’ll have no problem with an unrelenting media circus being unleashed 20 miles to the south.”

“This one’s for the children,” he repeated.

In a statement to the press, the city of Hollywood, California officially denied any involvement in Mr. Bucari’s production. “We are well known for being a city and a community with no morals or ethics which will stoop to anything to make a quick buck,” it read. “But even we wouldn’t touch this topic with a ten-foot pole for at least another couple of months, and then only if Oliver Stone or Paul Greengrass would produce it.”