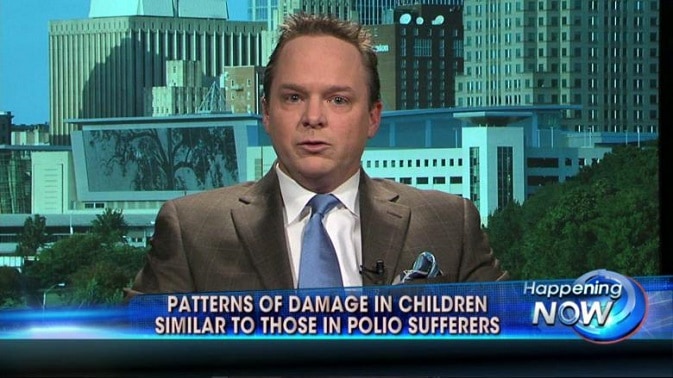 Dr. Campbell Promises Suicide Rates Will Plummet Under Trump Because “Now Every Schmuck Will Have Hopes Of Being President Some Day”

Dr. Kevin Campbell joined Fox News host Jenna Lee on Thursday afternoon to discuss health care under the Trump administration, as well as growing suicide and drug overdose rates facing the country, Mediaite reports. Lee read in a Wall Street Journal piece that researchers identified “rising death rates in white, middle aged Americans driven largely by increases in death from suicide, drug overdoses, alcohol abuse, and chronic liver disease.” “What’s your read on that?” she asked. “I think there’s been a lot of hopelessness in this country,” Campbell explained. “And the opioid addiction problem has been huge. That’s been a huge cause of death.” Campbell also added he believed that Trump’s White House would provide hope for Americans across the country.

“That’s where I believe the White House can come in to save the day, quite literally,” Campbell argued. When asked by the host to elaborate, he said that it was “Donald Trump specifically” who could help Americans feel better about themselves, become more confident and have a better and more positive outlook on the future. “How do you figure that?” Lee inquired. “Well, basically, we all know Trump’s background, right? And we know pretty much everything about him. We know where he was born, where he grew up, who his parents were, and so on and so forth. And the most important thing we know about him, other than the fact that he’s a self-made billionaire, is that he’s also the President-elect of the United States. You follow so far? Good.”

He continued, “Now, if a man like that, who’s had such a life and who’s been through really a lot of stuff, can rise above it and achieve everything that he’s achieved – he’s just become the president of the greatest country in the world at age 70, mind you – what do you think other people out there who are much younger than him are capable of doing? And I’m not even going to go into what it was that enabled Trump to be such an over-achiever. That’s not important right now. What is important is the fact that Americans need to realize that unlocking their true potential on a daily level is best done by taking pages out of the books of more successful people. And at this point I’m not even talking about getting ahead in life; I’m talking about plain, everyday survival.”

“And here’s the thing, okay,” he added. “If a Donald Trump is capable of becoming President, then that means that every single American out there is capable of the same, by default. And that goes for even the average schmuck who’s only concern at the moment is where to score the next batch of pot and then where to get high. Literally, that’s Donald Trump’s biggest advantage over his political opponents. The man is a great motivator, when he’s not groping women or hiding his tax returns, that is. And precisely because every schmuck out there is going to think they have the chance to be president some day, people will have more hope and suicide rates will plummet. In fact, I’d be surprised if by the end of Trump’s first term we have any suicides in the country at all,” Campbell concluded.

Rep. Love: “Nobody’s Perfect; Everybody Gropes A Woman Or Two At Some Point In Their Life”

Newslo To Sue Google Over Fake News Ban: “They Still Allow People To Refer To The Bible As ‘A Reliable Source’”

FFeatured
Read More
In transcripts released ahead of his Sunday appearance on NBC’s Meet the Press, Republican presidential nominee Donald Trump…
PPolitics
Read More
A resolution in the Alabama House of Representatives to recognize May 5 as the National Day of Prayer…
FFeatured
Read More
Reverend R.G. Green made headlines last year thanks to his post on the Landover Baptist Church Forum, in…
FFeatured
Read More
“One could even say that prayers have become get-out-of-jail-free cards in terms of unsafe sex”
PPolitics
Read More
“And also, Einstein was an evil Jew, and possibly an alien sent to Earth to study humans”
EEntertainment
Read More
“The chances of someone involved getting beheaded seem high,” Deputy Secretary of Defense Robert Work said. “Nonetheless, we’re just going to sit back and see how this one unfolds.”

Rep. Love: “Nobody’s Perfect; Everybody Gropes A Woman Or Two At Some Point In Their Life”