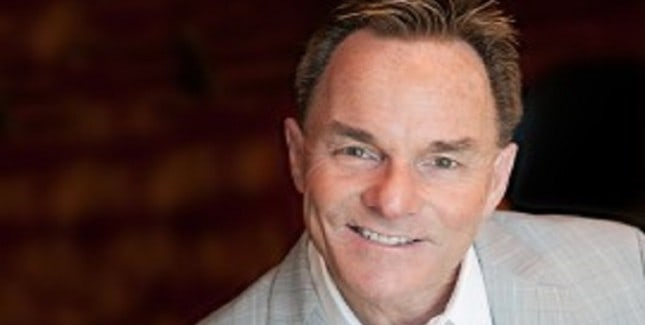 Pastor Ronnie Floyd of Cross Church in Arkansas, also known as the family pastor of the Duggar family from the cancelled TV reality show “19 Kids and Counting,” offered tips on what people should do whenever their faith is being put to the test. “The secularization of America has done so much to disrupt American Christianity,” Floyd said, according to the Christian Post.

“The people have lost faith in God, they have lost faith in their church, faith in themselves, and especially, faith in our politicians. That is, if they ever had any,” he jokingly added. “Because, when you turn on the TV today, you’ll hear every single politician out there screaming about Christian traditional values and this and that, but not one of them will be seen actually doing something in the spirit of Christianity, for a change. And that’s what gives them away.”

He said, “As a matter of fact, I don’t think we’ve ever had a politician in this country who has promoted true Christian values and a firm political hand at the same time. One the other hand, we’ve definitely had our share of failures. Take Bill and Hillary Clinton, for example. They are a perfect example of what’s wrong with this country when it comes to its core beliefs.”

“One of those core beliefs, contrary to what everybody else is saying, is that women should make sure never to let their husbands leave the house hungry or sexually charged. A real woman makes sure her man is satisfied in every way. And the opposite also applies, of course. Then you have all these Republicans who are blaming former president Clinton for his out-of-wedlock mischief. And that just sickens me,” the pastor argued.

“Let’s get one thing straight right now. I’ve said it before and I’ll say it again – men don’t fool around if they’re getting everything they need at home. So, if they are doing something they’re not supposed to, it’s not because they want to. It’s because they’re forced to, by their very wives. And so too is Hillary Clinton to blame for the Monica Lewinski adventure of her husband. I hate to say it, but that’s how it is. And the sooner she admits that to herself, the better. Because self-deception is a dangerous road. Why do you think she lost to Bernie Sanders a couple of days ago?” Pastor Floyd continued.

“If she’d been offering all-day-long intercourse to her husband more often, as she should have, she wouldn’t have gone through the ordeal she barely survived. And that should be a lesson to her, as well as all other married women in America. If you’re married, everyday love-making is okay, it’s expected. Just ask Donald Trump. The man’s married to a former top-model and has soared to the top of the polls in mere weeks. See the correlation? So, dear former president Bill, relax. And you Mrs. Clinton – you did it to yourself. Don’t be too hard on the guy. Because, we men are simple. Give us food, shelter and regular wifely duties and we’ll obey for eternity,” he concluded.