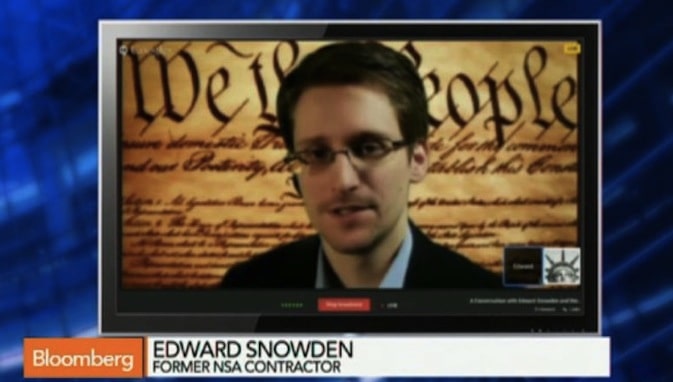 AUSTIN – A black cloud of smoke left the Austin Convention Center on Monday, where the tech world rejoiced the election of Edward Snowden as the pope of the South by Southwest Festival.

It has been a tense few years for techies, after Pope Steve Jobs passed away. Many thought Julian Assange would succeed Jobs as the infallible leader of the global tech community, but then everyone realized he was an asshole.

Snowden, donning the SXSW pope’s signature glasses, a long-held tradition, addressed his worshippers in HTML code, an ancient computer language, so it could be copied and pasted easily onto websites all over the world.

The speech, which he delivered from Russia under asylum, took aim at surveillance tactics allegedly used by the American federal government. “The government has gone and changed their talking points. They have changed their verbiage away from public interest to national interest,” he said.

The pro-privacy speech by Snowden, now to be known as Pope Skywalker II, drew massive cheers from the SXSW audience, despite some infighting within the festival’s establishment.

“Google and Facebook in particular are worried that he might be too aggressive in his crusade for digital privacy,” said one SXSW aide familiar with the papal election. “He keeps washing Russians’ feet because they don’t have freedom of speech. A lot of them bathe every day, which makes it kind of weird, but it’s still a message to the powers that be.”

“Pope Skywalker is an inspiration, and he makes me proud to be a programmer. I want to start innovating again, and making regular people’s’ lives easier, not just mining their data for marketing opportunities,” said Paul Janson, a freelance programmer based in Seattle. “Also I want to start going to church again. I’m Catholic. I guess that’s unrelated though.”