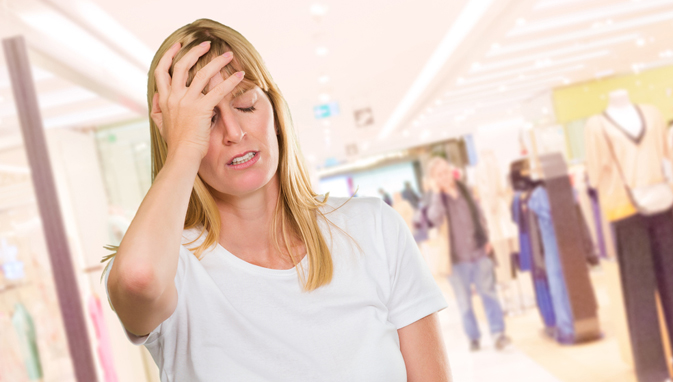 CINCINNATI — It’s that time of the year again when the corridors of America’s malls and public spaces fill with Christmas music. But not all holiday carols are welcome. The shoppers at Cincinnati’s Northgate Mall reportedly uttered a collective cringe Sunday as the opening notes of “Santa Baby” came over the loudspeaker.

And Mathers is hardly alone in her distaste for holiday eroticism.

“Have you ever listened to ‘I Saw Mommy Kissing Santa Claus?’” said a disgusted Macy’s shopper. “I know it’s just the kid’s dad in a Santa costume, but think about that kid. What’s he supposed to think? That his mom’s cheating with Santa? And Saint Nick leaves gifts like some Yuletide John?”

Many are worried about how this strange, sexualized twist on Christmas affects the meaning of the holiday.

“How is this okay with Christians?” wondered agnostic Sean Appleman. “They’re so worried about the holiday being perverted by the littlest things, but songs about banging Santa are fair game? I just don’t get it.”

But according to Freudian analyst Dr. Nigel Westbrook, sexual imagery is deeply ingrained in the holiday’s traditions and symbols. “Santa visits in the middle of the night to empty his sack,” says Dr. Westbrook in his best-selling book “Yule Log Envy: A Freudian Interpretation of Christmas.” “And Frosty’s nose is just a thinly-veiled penis. The evidence is everywhere. We need to just accept that gift-giving is nothing more than a primal urge to replace one’s father as provider.”