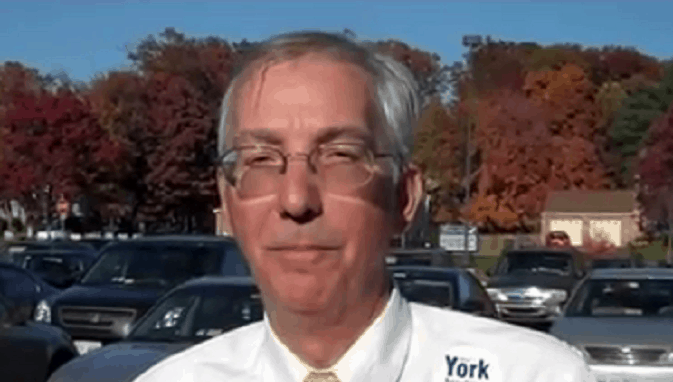 In a rambling email recently for his Religious Right group Public Advocate of the United States, Virginia GOP politician and anti-Cory “Brooker” activist Eugene Delgaudio wrote that he sees “agents of the radical Homosexual Lobby everywhere…huddled in dark corners scheming and plotting” and “drooling for more in the new Congress.” What do they want? According to Delgaudio, gay activists want to create “a nation where police are forced by gay ‘rights’ laws to allow sexual predators like ‘Uncle Ed’ Savitz and Jeffrey Dahmer to rape and murder young boys in the streets.”

Delgaudio also wrote that “the single greatest sin in the modern American society is the fact that gays are today allowed to walk freely in the streets of our greatest cities bare-chested and hit on people as openly as if they were merely saying ‘Hello.’ If the Founding Fathers were to see this, they would curse us to eternity prior to spontaneously combusting in their graves.”

Following his email, Delgaudio spoke to media outlets and said: “What I don’t understand is how can they be so shortsighted to not see that what they’re doing to America is, in fact, the same thing they’re doing to themselves? I mean, they’ve already shot up Christianity to hell, and now they want our army and police. When the ISIS terrorists realize that they’re actually fighting a bunch of feminine penis-loving excuses for men, what do you think they’ll do? They’ll attack even harder and become bolder than ever before. The rise of the gays means the fall of America as we know it today,” he added. “What are our troops supposed to do in the Middle East? Rape the terrorists? Somehow I don’t think that’s going to work.”

Delgaudio also stated that “it’s all Obama’s fault” and that we wouldn’t be in this situation if the Republicans had remained in power.
“You know, come to think of it, I’ve never seen President Obama and his wife share any affection in public. Don’t you think that’s strange? I mean, they’re supposedly married. And from what I know, when you’re married, you can’t keep your hands off of your wife. That is…unless you’re a closeted gay,” he opined. “No, seriously, when you look at our President’s body language, he does seem kind of feminine, doesn’t he? God only knows what goes on in the Oval Office when everybody goes home for the night and Obama is left alone, ‘working late.’”

He also added: “I think it would be a good idea to thoroughly check the White House staff and personnel. I bet we could find who’s in charge of keeping the President company during those long, lonely nights of pondering over the world crises. Those can be lonesome times. And what better way of keeping warm at night than somebody else’s extremity in one’s back door?”