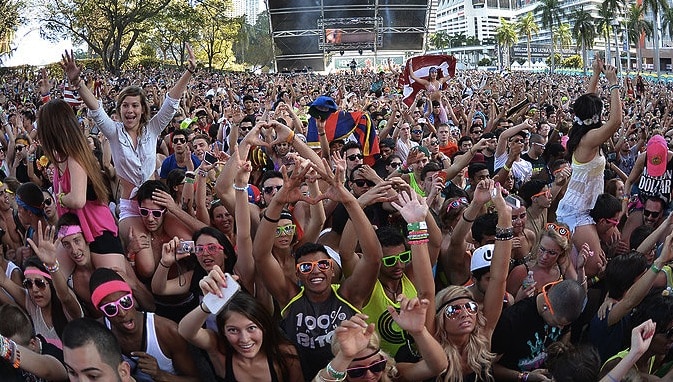 AMSTERDAM—Newly released toxicology reports suggest that the party drug Molly is behind the deaths of five college students who attended the popular Loverpalooza music festival in the Netherlands. In an unusual twist, police cited the deceased for their involvement in a “deadly hate crime,” while the coroner listed an “overdose of racism” as a contributing factor in their demise.

Molly and ecstasy are both street names for MDMA, an illegal drug with effects smacking of both stimulants and psychedelics—laced with love. That is love for one’s own ethnicity, at least.

Jake Colton, a psychotherapist specializing in substance abuse explains. “It naturally makes people want to connect to others when they’re on the drug.” MDMA does this by triggering the release of the so-called “love hormone” oxytocin.

But all is not fair in love and MDMA. Research from the University of Amsterdam, described in a recent Vice report, suggests that the love hormone actually leads individuals to discriminate against people with foreign-sounding names.

While the study delivered oxytocin directly through a nasal spray, racist love is not only in the air: it also comes in pill form. An undercover investigation revealed that youngsters looking to get high and mighty over other racial and ethnic groups can purchase Molly in their preferred color: white, black, brown, yellow, or red.

Dr. Friedrich Beckenbaur of the University of Berlin has “no great affection” for the Dutch lab that produced the report on oxytocin’s motivation of in-group favoritism. “I bet that they got the dosing all wrong,” claimed Beckenbaur.

He warned readers to be “skeptical of the research, and the Dutch, generally. Especially their music.”

Unlike the two earlier MDMA-related deaths that brought the Electric Zoo festival to a premature close late last year, Loverpalooza continued on schedule even after the five bodies were discovered.

“As far as we can tell,” said police Chief Maarten van Dijk, “the deceased had been arguing over whether the concert was more rightly described as being located in Holland or the Netherlands when things got violent.”

The chief begged for calm in the wake of the racism overdoses. “Can’t we all just get along and enjoy rolling like one big, happy, multiethnic family?”

He also issued an unrelated warning. “The brown acid that is circulating around us isn’t too good. It is suggested that you stay away from that. Of course it’s your own trip. So be my guest, but please be advised that there is a warning on that one, OK?”