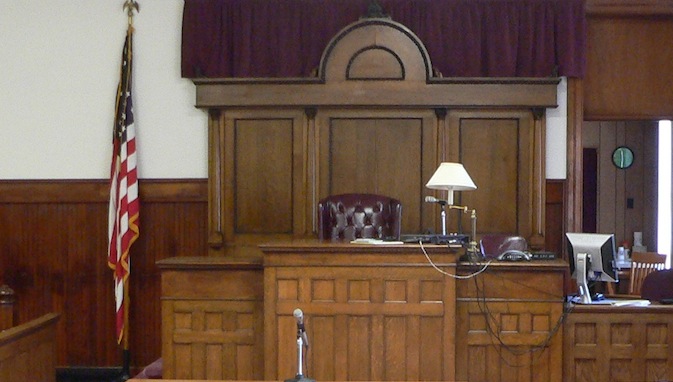 Florida Considers Plan to Execute Criminals Right in the Courtroom

TALLAHASSEE, Fla. – Florida Governor Rick Scott is reportedly considering a bill sent to him by the state legislature that would “speed up” the capital punishment process in Florida by executing criminals right in the courtroom, only moments after receiving their sentences. The bill, which passed through both houses of the Florida state legislature with near-unanimous Republican support, seeks to appease lawmakers who feel that the recently-passed Timely Justice Act doesn’t do enough to shorten stays on Death Row.

“The TJA bill we authored was pretty good,” said State Senator Joe Negron. “That one would significantly curtail Death Row inmates’ ability to appeal their convictions, which would certainly help us fry these fuckers sooner. But we got to thinking: Why wait at all? Let’s make sure justice is done literally as soon as possible.”

If signed by Governor Scott, the bill would require that every Floridian courtroom be outfitted with a guillotine and an executioner to operate it. If given the death penalty, convicts will be quickly ushered to the device. In full view of the courtroom, their heads will be chopped off and caught in a basket, and the resultant pool of blood will be squeegeed up by court bailiffs, who will receive a 2% pay increase for their added duties.

“It’ll be a quick and semi-clean process,” Negron said. “Much better than allowing them to sit around for years thinking about what they’ve done, and perhaps getting ‘exonerated’ by newfangled ‘DNA’ evidence or something in the meantime.”

Mistakes made during prosecution—and uncovered during the appeals process—have led to more Death Row inmate exonerations in Florida than in any other US state, but supporters of the new bill do not seemed worried that the state might accidentally execute innocent people. “It’s a risk worth taking,” Negron said. “Plus, everyone’s guilty of something. Maybe you didn’t murder somebody, but I bet you’ve jaywalked. Perhaps instant-execution will convince you to use the crosswalk next time. A swift and bloody death is a powerful deterrent.”