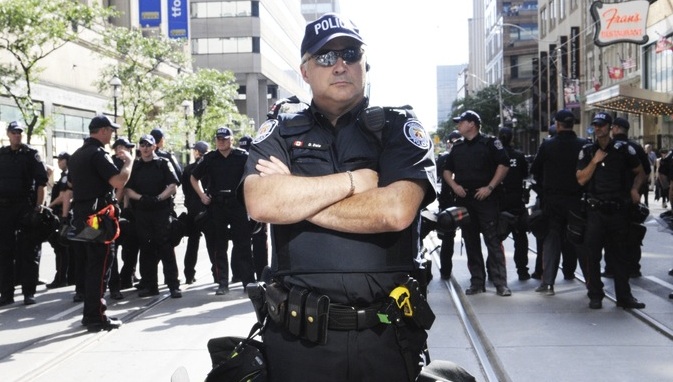 WARRINGTON, Fla. – A jaunty game played by Florida police officers turned violent early Sunday morning when a pair of Warrington deputies opened fire on an unarmed black man in his own driveway, hitting him in the leg. Officers admitted they had been playing a game they call “George Zimmerman,” which they recently invented to help pass time in the “black hole of boredom and ennui that is Florida.”

“The whole force loves this game, and it’s normally a real hoot,” one officer, who spoke on the condition of anonymity, told Newslo. “We just go out there and act like we’re George Zimmerman, patrolling the neighborhood for intruders. Whenever we see a black guy wearing a hoodie, we get out and follow him for a while, which just cracks us up. Usually that’s where the game ends.”

But the officer said that the deputies involved in Sunday’s shooting took the game too far. “You’re not actually supposed to shoot the unarmed black guys,” he said. “When you shoot somebody, there’s all kinds of paperwork and interrogations, which totally kills the hilarity.”

According to reports, the deputies were responding to a call placed by one of Middleton’s neighbors about a possible burglary. Middleton, 60, was searching for a cigarette in his mother’s car when the officers arrived. After being told to exit the vehicle with his hands up, Middleton turned, and the deputies fired fifteen rounds, “shattering Middleton’s leg and riddling the car with bullets.”

“I thought it was a joke,” Middleton recounted from his hospital bed. “Since all I was doing was lookin’ for a cig, I never expected to turn around and get shot. But those crazy cops just started blastin’, and suddenly it didn’t seem like a joke anymore.”

“I know that it’s difficult for Mr. Middleton to understand it now, what with his leg blown to bits and all, but in a way in was a joke,” said Escambia County Sheriff David Morgan, who has placed the two deputies on paid administrative leave. “It was all meant in good fun. I’m sure Middleton will see the humor in it, eventually.”

Other Florida police officers are worried that their game has been ruined by the incident. “We’ll probably have to stop playing ‘George Zimmerman’ now,” one Pensacola officer complained. “It’s so unfair—these two jackasses didn’t understand the rules, and went and spoiled the fun for the rest of us. We’ll have to go back to playing ‘Bobby Joe Long,’ and believe me, that one gets really dark.”