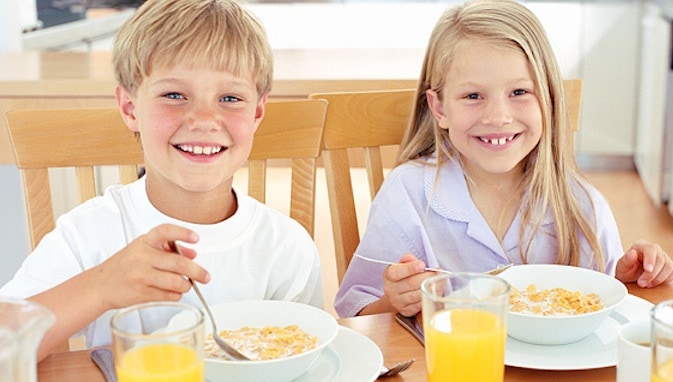 TALLAHASSEE, Fla.— This week, the Florida state Senate will take up a bill officially designating breakfast as the most important meal of the day. The legislation, expected to pass easily, also includes several related measures pertaining to the use of guns.

“These bills work hand in hand to address what I believe is a true state of emergency,” explained Sen. Greg Evers, Republican sponsor of the so-called “Pop-Tart” bill.

“Parents now have a clear choice,” Evers claimed. “Fill your children’s bellies with a nutritious breakfast or find them filled with lead.”

While primarily aimed at students, the punishment for repeated failures to eat a morning meal will apply equally to adults and minors. Specifically, a state-sanctioned firing squad will be authorized to fire warning shots—blanks intended to bruise, but not puncture the skin—at the stomachs of those found to be in violation of the proposed law.

Needling his Senate colleagues, Evers added, “Just in case folks forgot to eat breakfast this morning, I brought a box of Pop-Tarts.”

Evers’s companion bill would grant “stand your ground” immunity to individuals who fire warning shots in self-defense of the right breakfast. Yet another measure likely to be voted on this week would authorize Floridians to carry guns without permits during declared states of emergency.

Inspired by the story of a seven-year-old boy from Maryland who fell victim to a school’s zero-tolerance policy when he was suspended for nibbling the name-brand breakfast pastry into the shape of a gun, the Pop-Tarts bill also goes by the National Rifle Association’s preferred name, “Let Kids Be Kids.”

The school’s overreaction, in the opinion of Evers, “infringes on the First Amendment, the Second Amendment, and I can think of some other things it infringes on.”

The Senate record indicates that Evers then took a bite into a Gone Nutty! Chocolate Peanut Butter Pop-Tart before adding, “It plainly infringes on the right to enjoy a delicious tart that has been a part of a complete breakfast for 50 years.”

Kellogg is currently celebrating the 50th anniversary of the pastries with a birthday cake flavor, which comes with gunmetal frosting and bullet-shaped sprinkles.

“A shoddy morning routine that lacks a well-balanced breakfast does irreparable harm to normal childhood development,” Evers told the Senate Education Committee while enjoying his morning shot of espresso. “When one of Florida’s kids grabs a bag of Skittles on the way out the door and calls it a meal, it’s basically a death sentence for his ability to learn and grow into a healthy adult.”