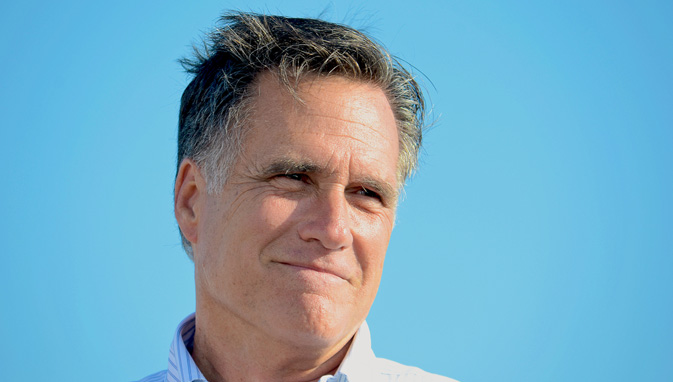 Former Sen. Scott Brown: “If Romney Were President, There Would Be No Ebola…Or Russia”

Mitt as President would probably be the best thing that could happen to this country – nobody would mess with us, especially not that bald, cocky Russian”,
0
Shares
0
0
0
0

“Rye, New Hampshire – Scott Brown, a former Massachusetts Senator (and a republican), recently made an interview about how America would be much better off if Mitt Romney made it to President instead of Barrack Obama back in 2012.

Brown stated that Romney “was right about Russia, was also right about Obamacare, as well as being spot on about the economy. In fact, if Romney were President right now, I guarantee you we would not be worrying about Ebola right now and, you know, worrying about our foreign policy screw ups”.

“Then again, why stop there? If you really want to get down to it, the Ruskies were always a pain in our butt and we’d have been better off if we had taken care of them when we had the chance. We all know Mitt to be a man who’s not afraid to get his hands dirty, and you better believe that he would have “taken care” of Russia easily if he had had the chance”, Brown added.

It might be hard to believe that “such statements are coming from a man who is currently running for Senate again, only this time in New Hampshire; then again, the republicans were always known to have a short fuse.

“What? Ebola? Come on, don’t be ridiculous; if Romney was the head of state, there would be no Ebola in Africa, period. We’d all be going on vacation there throughout the year”, Brown replied when asked how Mitt Romney would deal with the Ebola epidemic. “The fact to the matter is that Mitt as President would probably be the best thing that could happen to this country at this time – nobody would mess with us, especially not that bald, cocky Russian”, he picturesquely concluded.

Dr. Oz: “I Don’t Care What The Studies Show, Green Coffee Does Work; You Just Need The Right Trigger”

Michelle Obama Running For Office In 2016 And Goes Into Celibacy

WWorld
Read More
“Operation: The Gay Escape was an unqualified failure,” Snowden said, his left leg and right arm in traction and his neck and shoulders covered in bruises.
UUS
Read More
We went out onto Hollywood Blvd. to tell people that President Franklin Delano Roosevelt died today. He actually died in 1945 but that didn't stop people from remembering him fondly.
WWorld
“Don’t you dare look at me with those judgy little eyes! Do the math. It’s simple.”
SSports
Read More
Goodell also stated that if the Department of Veterans Affairs ever needed instruction in how to neglect the health and well-being of its members after they retire, the NFL has been perfecting the technique for decades.
PPolitics
Read More
The elder son of former Republican vice presidential nominee Sarah Palin has been arrested on suspicion of assaulting…
UUS
Read More
While Constable does admit that the McNugget process is “slightly questionable,” she believes that revealing the truth is a far better option than allowing rumors to linger in customers’ minds.

Dr. Oz: “I Don’t Care What The Studies Show, Green Coffee Does Work; You Just Need The Right Trigger”

“But, in order to really maximize your weight-loss results, there’s a ritual you need to perform once a day every...