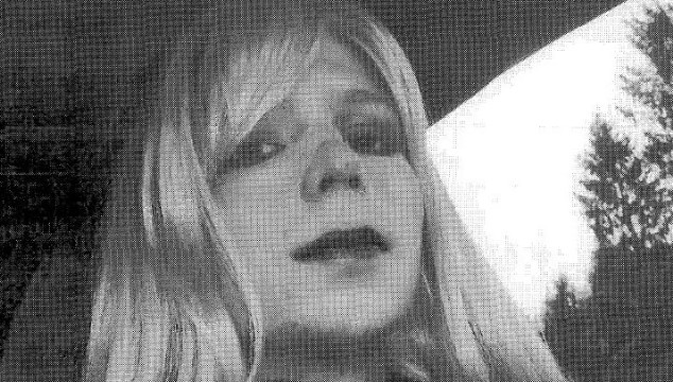 WASHINGTON — Less than three years after President Obama signed the Don’t Ask, Don’t Tell Repeal Act into law, some members of Congress who formerly supported the repeal are calling for the military’s original policy to be reinstated after Bradley Manning announced that she is female and wishes to live her life as a woman named Chelsea.

“Given the way that I feel and have felt since childhood, I want to begin hormone therapy as soon as possible,” Manning said. “I also request that starting today you refer to me by my new name and use the feminine pronoun.”

“Wait. How can—oh I see. Yeah, I’d rather not know about all of that,” admitted Richard Burr, who voted in support of the repeal. (R-NC).

“I supported the bill when I thought there were just gays and lesbians. You know, keep it simple. But this is beyond what I’m capable of understanding,” Burr added.

Manning made the announcement via a statement read by her lawyer a day after being sentenced to 35 years in prison for leaking over 700,000 files to WikiLeaks in the largest breach of secret data in the nation’s history.

“I’m not one to say I told you so,” said Sen. John McCain (R-Ariz.), who led a filibuster to stop the repeal, “but hell yes I told you so! I bet you didn’t think about what the ‘T’ in GLBT means, did you?”

Of the five Republican senators remaining in office who voted in favor of the DADT repeal in 2010, four have moved to repeal the repeal and reinstate the original policy that banned openly gay service members, which the military instituted in 1993.

“I didn’t imagine something like this when I supported the repeal. Now that Manning is a woman, I feel threatened, you know, in that way,” said Alaska Senator Lisa Murkowski in a speech from the Senate floor.

The one Republican who has not publically reversed his stance on the repeal is Illinois’ Mark Kirk, who told reporters that his daughter “is a huge fan of Lady Gaga.”

“As a matter of fact,” Kirk added, “I found his blonde—I mean her blonde wig— quite convincing.”